Here’s part of what is in the oral history of just deceased Chicago Tribune Washington Bureau Chief Walter Trohan, which is hidden away at the Truman Library:

“Then Trohan found out why Truman had told (U.S. Senator Burton) Wheeler (of Montana) why he couldn’t afford to play. Those who played were brokers, rich men, rich senators, rich lobbyists. At the end of the evening, Truman toted up what they owed him and gave his players bills. Then and only then did Truman put a fixed price on each chip. He didn’t win all the time but he won enough at huge stakes that when the checks flowed, his debt on the haberdasher store started to evaporate. 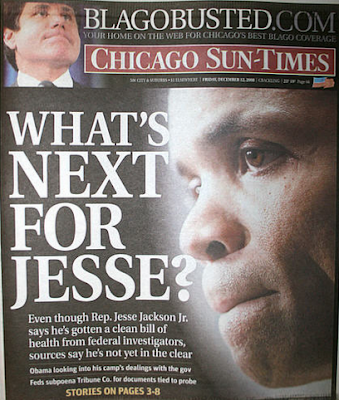 “People who contributed found themselves named to the federal bench, one to the Federal Reserve. It was a lovely way for Truman to eradicate his debts, have fun with the boys and also entertain a newsman like Trohan with delicious news tips.

“So those of us who are ready to faint because Jesse Jackson, Jr. might have consorted with some Indians to raise dough for Blago to get himself named to the Senate…should recall the evil old days under a man who is purported to have been on of the best presidents we ever had.”