Warning: Parameter 2 to wp_hide_post_Public::query_posts_join() expected to be a reference, value given in /srv/users/serverpilot/apps/wordpress/public/wp-includes/class-wp-hook.php on line 292
 Making Money Off Obama - McHenry County Blog ↓
McHenry County Blog Home

Should a German purveyor of Obama Fingers be the only one cashing in on President Barack Obama’s celebrity?

I should think not!

He has figured out a way to make the state some money using President Barack Obama’s name and picture. 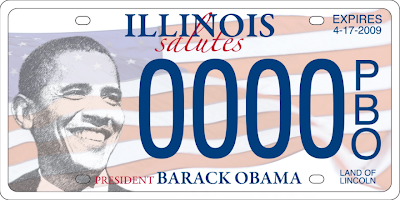 He is selling license plates to anyone in the country for $50 a pair.

In most states people only get a plate for the back of their vehicles, but, for reasons obscure, Illinois requires, but does not enforce having plates on both the front and the back. 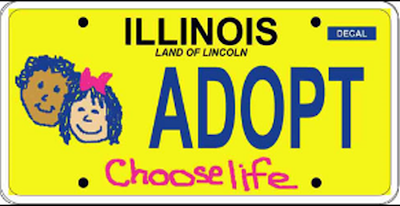 About $40 out of each purchase will go to help libraries.

Too bad White and the Illinois General Assembly don’t feel as kindly toward those who encourage adoption.

“In Illinois, as of November, 2003, over 23,000 people have signed a petition stating they are in favor of a plate specifically entitled, ‘Choose Life,’ and the vast majority of those signers indicate they will purchase that plate if made available.”

A tad more than the 1,800 Obama supporters purchased their hero’s commemorative license plate.

It should be noted that McHenry County’s State Rep. Jack Franks (D-Marengo) has proved to be the legislative road block to approval of Choose Life license plates.