Up to 40 diagnosed cases as of 1 PM Monday afternoon. 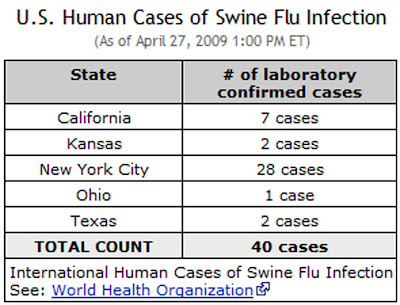 Here’s the CDC map, which you will note does not match the states the CDC lists above. 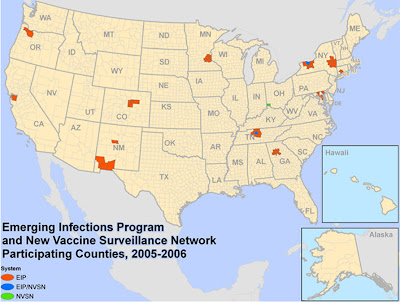 Chicago’s ABC Channel 7 talked of little else during the first half of the six o’clock news.

“Because the virus is already quite widespread in different locations, containment is not a feasible option.”

This is Google’s map: 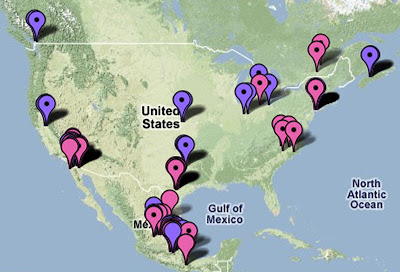 Want to bet that the swine flu scare drives political reform out of the news in Illinois?