One of the things I accomplished while separated from the internet was scheduling our vacation.

This year, with my son being the age I was when we moved to Salt Lake City from Easton, Maryland, I thought it might be appropriate to show him things I saw while I was his age.

It’s been fifty years since my sisters and I were taken to South Dakota’s Mount Rushmore. I remember eating buffalo meat at a restaurant overlooking the presidential busts and that the meat was chewy. I liked it. Since then, there’s a light show we’ll have to take in.

And, Wyoming’s Yellowstone. I still remember my mother’s saying she wondered if my father would have a heart attack while he was frantically searching for me after I wondered off from the family. He figured I’d end up in some boiling water.

A woman I met at Home Depot after my computer died was wearing a Yellowstone sweat shirt, so I asked her for advice. She told me she and a cousin were the only ones at Old Faithful on the June 20th the year they visited who were wearing winter coats. That was appropriate because it was snowing. 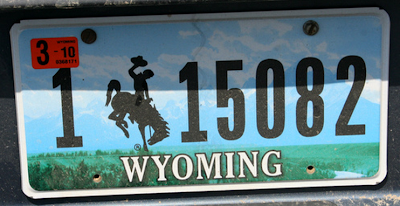 So, it was thoughts like that which entered my head as I took a picture of this out of place Wyoming license plate at Crystal Lake’s Main Beach parking lot. 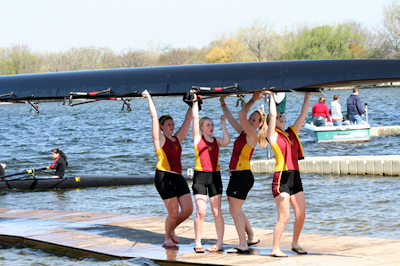 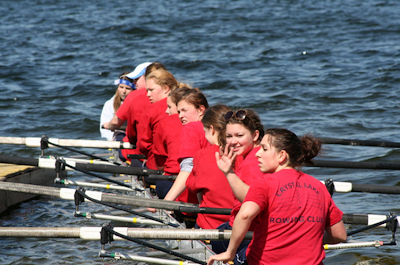 Eleven teams were competing from as far away as Ontario, but none from Wyoming. 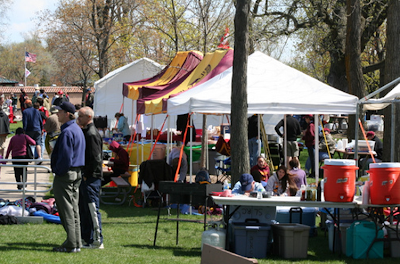 The owner of Wyoming plate number 1 15082 must be one dedicated parent.