South School parent Paul Greenlee, whose family lives on Bennington, has forwarded my story about the Crystal Lake Police Department’s ticket writing “fenzy” (his word) to Mayor Aaron Shepley, the city council and District 47 board members.

I thought you might find what he said of interest. 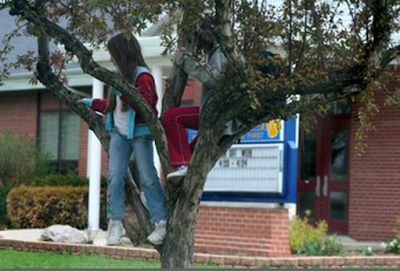 Thank you for your time. I am a parent of two children at South Elementary School. My family and I moved to Crystal Lake at the end of September 2008. For your information and background, I cut and paste below an entry from the McHenry County Blog authored by fellow South parent Cal Skinner. (I have eliminated the original story, which you read at the link above.)

First may I express my concern over this ticket-fest perpetrated by the Crystal Lake Police Department on parents at South. On this particular day as he shows, it was for a special child/parent event at the school. Like Mr. Skinner, I wonder what happened at today’s child/mother event.

However, while taking my daughter to school, I have witnessed such a police action as he reports occurring at South on at least one other occasion. I wish to convey to you the following concerns:

1. Is this REALLY the best use of our police department? Can someone truly answer that question affirmatively and do so with a straight face?

2. What kind of police department do we have in which such glee is expressed in such a feeding frenzy and especially at such an event on its own citizens and neighbors?

3. Is this a tactic to further raise revenue in a community wherein the financial reserve of this city is the equivalent to a full year of its operating budget? Does the Crystal Lake Police Department have a quota system for tickets written?

4. Why is the traffic control in this area such a mess? I don’t refer to parking or stop signs, though Mr. Skinner raises good points about parking. Specifically, I point out that the assigned police traffic guard has been observed present (or not present as the case may be) at erratic and inconsistent times and is frequently off the school premises before 8:50 a.m. So the police department is going to ticket the living daylights out of the school’s parents, yet not provide safe conduct for its students? Just what am I paying for exactly?

5. Why is it that school patrols made up of the responsible students of South 5th graders are limited to walking from the sidewalk across the driveway and that’s it? There are multiple areas where patrols can provide a good service by just walking younger children across Golf and provide other service as well? Why cannot such responsible children be used at other areas as well, presupposing quality and relevant training? Granted it was decades ago, but when I was a patrol at the old Dundee Elementary School, we walked our fellow students across intersections. 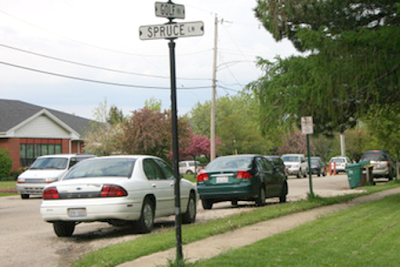 6. It is my understanding that at one time, there was a crosswalk painted across Golf and school patrols were utilized to safely conduct children across that street, but the Crystal Lake Police Department demanded this be abandoned. However the police department in turn has failed to provide any additional public safety support on that street, not counting preying upon parked cars of parents.

7. Why is it appropriate to only have a public safety member at the controlled intersection of Golf and Highland, but one not provided at Golf and Nash, which in my experience is busier intersection?

If there is wise and appropriate utilization of police/public safety resources here, I’m not seeing it. I brought this up after a recent PTO/SOS meeting and was advised that decisions regarding crossing guards were controlled by the police department.

I am not privy to any study they may have performed but any such opinion recommending the level of support for South is baseless based upon my own observations.

My feeling and experience is that Mr. Skinner’s characterization of South as an “orphan school” in at least this area has somewhat of a foundation.

Traffic control via a numbering system such as at other schools such as Glacier Ridge and Indian Prairie will not work because of the limited in/out flow in the area. I haven’t seen parents or other vehicles traverse the area in front of the school in a reckless way and believe that such a system would work at South. Personally, I also believe such systems are anti-parent, but that is another topic for another time.

Mr. (Ron) Miller and Dr. (Donn) Mendoza, I have heard excellent things about each of you and D-47’s reputation and results in the district seem to support your respective reputations. I would appreciate it if you would forward this email to members of the School Board, as the D-47 web site did not have an option to send an e-mail to its governing board as did the City’s web site to the Council.

Mr. (Jeff) Thorsen and Ms. (Ellen) Brady Mueller, I would ask the same of you, as you were the only two board members who provided a specific email address for contact. (Others can be emailed, but only to a “comments” email. Presumably, they are forwarded.)

While there are but short weeks left in the current school year, I would hope that by the start of school in August that a more family friendly policy might be adopted for families seeking to support their children at the school and more importantly provide more assurance that children in this school can walk safely to and from South. By copy of this, I am asking the parents for whom I have limited email addresses, to send this to other South parents so they are aware of this issue.

Your kind attention and response will be appreciated.

= = = = =
Various photos of parked cars at South Elementary School appear above, plus one of two girls waiting to be picked up. I pick my son up quite late, knowing that if I come before 3:40 PM I won’t be able to find a parking place.

You see the easy way to watch what the Crystal Lake City Council is up to near the bottom, where Mr. Greenlee mentions that only Council members Jeff Thorsen and Ellen Brady Mueller have individual emails on the city’s web site. The photos also show the new seating arrangements after the swearing in of Carolyn Schofield, who can be seen between Councilmen Jeff Thorsen (on the right side of the top photo) and Brett Hopkins on her right.

The photo above shows how Cathy Ferguson has moved to the other side of the dias, where she how sits to the left of Ellen Brady Mueller (sitting in the seat Dave Goss used to occupy) and Ralph Dawson.