The following press release has been received from 16th congressman Don Manzullo: 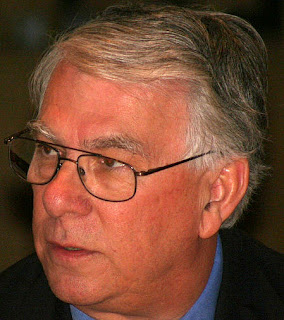 WASHINGTON –U.S. Rep. Don Manzullo (R-IL) took to the floor of the House this afternoon to deliver the message that the proposed “cap and trade” energy plan working its way through Congress will skyrocket energy costs for U.S. manufacturers, give their Chinese and Indian competitors a huge incentive to sell more into the United States, and put many more Americans on the unemployment lines.

Manzullo, who hosted forums in Rockford and Crystal Lake Monday to discuss the issue with local manufacturers, says cap and trade will be the final straw that puts many American manufacturers out of business in these difficult times.