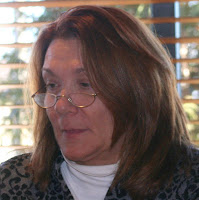 I can’t say I am surprised that State Senator Pam Althoff voted in favor.

After all, talking about more casinos in Illinois, McHenry County Board Chairman Ken Koehler said,

“…he sees gambling expansion as a ‘logical form’ of revenue enhancement, which he favors over tax increases.

“’Gambling is going to take place, whether it happens here or in Indiana. It’s ridiculous to see busloads of people heading out to spend money at casinos in other states.’”

Koehler was talking about more money for roads.

I wonder if Althoff managed to snag a new free bridge across the Fox River for her Algonquin and Huntley constituents. If not, get ready to pay tolls on that bridge for the rest of your life, while those driving over the proposed new Mississippi River bridge don’t.

“What a mistake,” Dart said this afternoon after hearing of the vote.

“This is a horrible idea because this is a form of gambling that by its very nature is very addictive… You are going to have guys dropping their whole paycheck at the bar.”

From past voting history, I expect “Yes” votes from State Representatives Mike Tryon and Mark Beaubien and a “No” vote from Jack Franks.

I point out what the three have done in the past on the subject, plus a bit of the vibrant history of gambling in McHenry County here.

If you don’t want your state reps to vote in favor of expanding gambling to the tavern down the block, it wouldn’t hurt to call them. The main Springfield switchboard is 217-782-2000.

This bill will pay for $26 billion in construction projects.