WASHINGTON – U.S. Rep. Don Manzullo (R-IL) today said the CEOs of Chrysler and GM are using the bankruptcy system to reduce consumer choice and drive up their vehicles’ costs by cutting dealerships, eliminating competition and creating monopolies among their brands. In the process, they are destroying the lives and businesses of thousands of auto dealers and their employees. 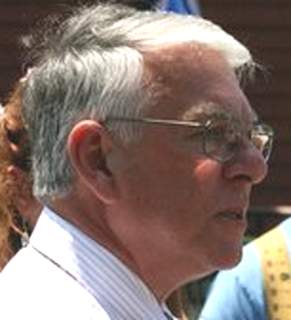 Manzullo, who previously called for GM, Chrysler and the President’s auto task force to rescind the 1,889 forced closures of dealerships, was outraged by testimony of the automaker CEOs before the Senate Committee on Commerce, Science and Transportation earlier this week.

The CEOs don’t want consumers to shop for their cars among competing dealers.

When questioned, they said their decisions to pull the franchise licenses from the dealerships were necessary to their survival because the multitude of locations forces dealers to uncut one another, driving down a vehicle’s residual value.

The statements were incorrect because it costs car manufacturers nothing to have multiple dealers: the manufacturers just don’t want competition, and their whole goal is to drive up prices.

“The American people need to know why — at a time American workers are losing their jobs in droves – the CEOs of GM and Chrysler and the President’s auto task force think it’s a good idea to unnecessarily put another 150,000 Americans on the unemployment lines,” Manzullo said. “All this will do is reduce competition and increase the price of GM and Chrysler cars and trucks for consumers, putting them at an even greater competitive disadvantage with the other auto companies.”

Unbelievably, Chrysler gave its targeted dealers less than a month to clear all its inventory and wind down operations.

On Tuesday, June 9, the 789 Chrysler dealers will lose their franchise agreements and ability to offer dealer incentives and financing.

In a letter to the President and the GM and Chrysler CEOs, Manzullo has requested a 60-day extension to allow the targeted Chrysler dealers more time to wind down operations.

Furthermore, Manzullo is concerned with the June 12 deadline surviving GM dealers have to sign a new contract that trumps state franchise laws and waives their rights to appeal future GM decisions.

“Many of these dealers represent several generations of hard-working small business owners who have given so much to their employees and their communities over decades of service,” Manzullo said.

“It’s horrible that GM and Chrysler can work a deal with the President’s auto task force to shut down these family businesses, send their employees to the unemployment lines, and destroy their legacies. This shouldn’t happen in the United States of America.”

Instead, the Administration and Congress should be working on legislation to re-start auto manufacturing and auto sales. Manzullo introduced legislation earlier this year to give Americans a $5,000 voucher to purchase a new vehicle, stimulating auto sales and manufacturing, re-starting the supply chains, and putting millions of Americans back to work. The New Automobile Voucher Act of 2009 (HR 1606) would provide a one-time, $5,000 electronic voucher from the U.S. Treasury at the point of sale of a new vehicle through the end of 2009.

The automobile industry and its suppliers account for 13 million American jobs, 20 percent of all U.S. retail sales, and billions of dollars in state and local sales taxes. The drop in U.S. vehicle sales from 16 million in 2007 to 13 million in 2008 to a projected 8 million in 2009 has been one of the leading causes of America’s economic downturn and huge job losses.