Below is a press release just received from 16th District Congressman Don Manzullo: 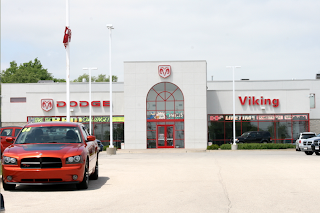 WASHINGTON – As the deadline nears for Chrysler and GM to strip thousands of auto dealers of their franchises and put tens of thousands of Americans on the unemployment lines, U.S. Rep. Don Manzullo (R-IL) has cosponsored a bill that would reinstate the franchise agreements for those dealers that would like to stay in business.

The legislation, “The Automobile Dealer Economic Restoration Act (HR 2743),” was introduced late Monday and would restore the economic rights GM and Chrysler dealers enjoyed before the auto manufacturers’ bankruptcies.

Because the forced closures of more than 2,000 Chrysler and GM dealers will not save the manufacturers significant amounts of money, reinstatement of the franchises will not affect their planned emergence from bankruptcies. The forced closures of the dealers was agreed to by GM, Chrysler and the President’s auto task force prior to bankruptcies as part of the Administration’s decision to fund the automakers’ debts with more than $60 billion in taxpayer funds. 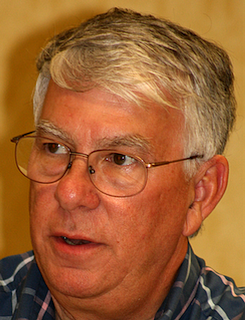 “The misguided decision of GM, Chrysler and the President’s auto task force to close more than 2,000 dealerships in the United States will do nothing to improve the finances of the automakers because the dealers pay their own costs and actually purchase cars from the automakers.

“Many of these dealers represent several generations of hard-working small business owners who have given so much to their employees and their communities over decades of service only to be stripped of their franchises and forced to shutter their businesses in a matter of weeks,” Manzullo said.

“This legislation will bring some common sense back to the industry and restore the franchise agreements to the dealers who want to keep operating without threatening the plans for both GM and Chrysler to emerge stronger from their bankruptcies.”

Manzullo, who has been working with several local auto dealers scheduled for closure, sent previous letters to the President and the automakers seeking a reconsideration of the forced closures as well as a delay and more transparency in their decisions. Many of the dealers slated for closure are profitable and have no idea why they are targeted for closure.

In addition, Manzullo will vote later today for a “cash for clunkers” bill that will bolster auto manufacturing and sales by providing vouchers up to $4,500 to anyone who trades in a vehicle made after 1984 that gets less than 18 mpg and purchases a new vehicle, costing less than $45,000, that gets at least 4 mpg more. The legislation is expected to bolster auto sales by 1 million vehicles.

Manzullo authored alternative legislation (HR 1606) that would have provided a $5,000 voucher to anyone who purchases a vehicle – no strings attached – that would have covered the sale of 15 million new cars. While the “cash for clunkers” bill will not have nearly the boost to auto manufacturing and sales as Manzullo’s bill, Manzullo still supports the cash for clunkers bill because it will help the industry. He will continue to push for his bill that would have a much greater impact on American manufacturing.

Every one million in new vehicle sales has the following impact on the economy:
Creates

The automobile industry and its suppliers account for 13 million American jobs, 20 percent of all U.S. retail sales, and billions of dollars in state and local sales taxes. The drop in U.S. vehicle sales from 16 million in 2007 to 13 million in 2008 to a projected 9 million in 2009 has been one of the leading causes of America’s economic downturn and huge job losses.

= = = = =
Crystal Lake’s Viking Dodge, seen above, is one of the Chrysler franchises due for closure.