Thursday night, after an Executive (that is, secret) session, the consensus was that Robert Fetzner would do the best job.

The board voted to select him. He will be sworn in at Monday night’s meeting.

The last name is a familiar one in the grade school district. His father Bill was principal at South Elementary School before he was elevated to a district administrative post.

Fetzner emerged from a pool of twelve applicants for the vacancy:

Mary Humphrey of Prides Run in Lake in the Hills and the following residents from Crystal Lake: 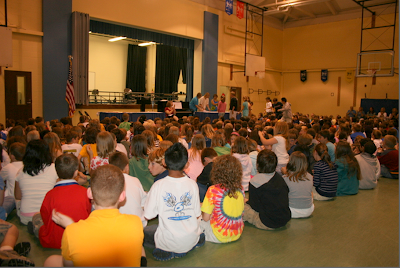 The photo is from the South School award ceremony on Tuesday.