It was obviously raining on July 4th when the Crystal Lake TEA Party was held.

“We stood in the rain for two hours,” one participant told me.

The crowd numbered over 700 and that didn’t include those who did not fill out the Patriots United sign-in sheet.

I estimated that the first Crystal Lake TEA Party had 500 participants, so, at over 700, this was the probably the largest demonstration in McHenry County history. 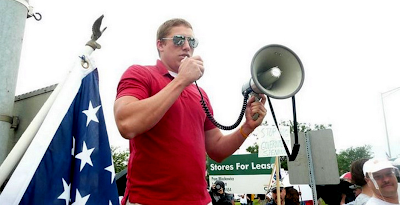 This TEA Party had speakers standing on a wooden crate marked “TEA.” One was Rob Lee, a young man who ran for the District 300 school board last spring.

Signs were everywhere and diverse.

One young lady held one that said,

GET CHANGE
AT FREE
LUNCH COUNTER 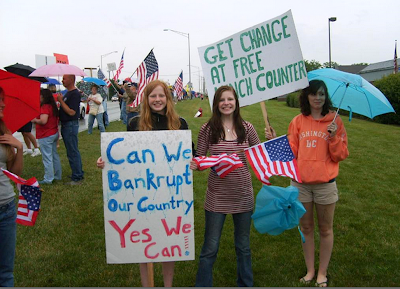 Can We
Bankrupt
Our Country? 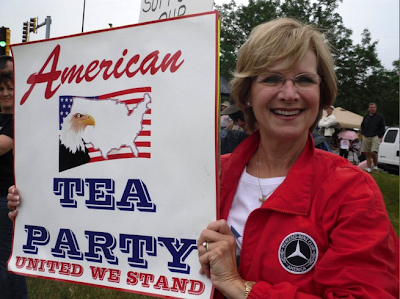 Most, however, seemed homemade.

There are a lot of signs in this photo, which you can enlarge by clicking on it (as you can any other picture). One says, “Born Free. Taxed to Death.”

Of the pictures that three friends of McHenry County Blog took for me, one urges calls to one’s congressmen (202-224-3121) to demand a constitutional amendment for term limits.

I haven’t found any yet aimed at the possibility that McHenry County State Senator Pam Althoff might vote for a massive income tax increase.

It’s too bad that more people haven’t learned that the lower the level of government one lobbies, the more influential one can be.

Think of how Althoff would have reacted if over 700 of mainly her constituents had demonstrated against the possibility of her voting for a massive income tax hike.

I’m not saying that this woman protesting the cap and trade legislation didn’t have a good message. It’s just that the odds of her having the impact she desires is less than it would have been if she was holding a sign urging Althoff to vote against any income tax hike (especially if it had her phone number on it). 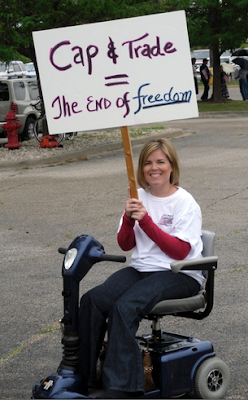 The End of Freedom

That was her message.

There were so many signs, but this is all I have time to post today.