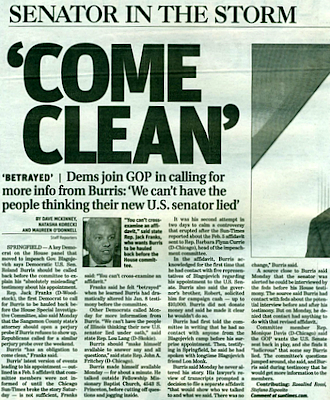 So, you come from a wealthy family in Illinois.

Your family wants to help you gain higher political office.

If Governor Pat Quinn signs the so-called campaign reform bill, family members will be limited to giving $10,000 per year after January 1, 2011.

That means any huge chunks of change needs to be transferred to the politician of the family before then.

It’s now or never, so to speak.

Unless one is willing to patient until the 2014 election, 2010 is the time to commit such largess to the political process.