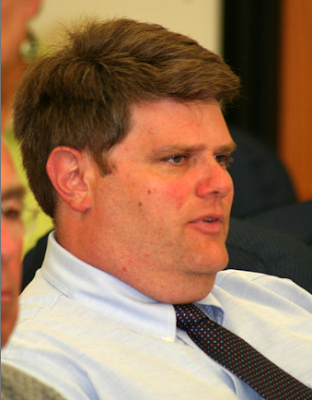 “I will let you know
what the district decides.”

He didn’t have to wait long for an answer.

On Monday, Naqvi punctuated the ending of his front page story with

“In a reflection of the district’s continuing budget concerns, Burkey said Friday he is still recommending the school board spend half of its federal stimulus money on existing expenses, as is permitted.”

In other words, Superintendent Burkey went through the motions of having meetings with special ed parents.

It’s legal to grab half of the Federal stimulus money earmarked for special education, so the top administrator continues to recommend doing so.

State government announced that the Huntley school district would get about $2 million of additional money that wasn’t in the budget.

But, the administration continues to recommend to divert half of the Federal stimulus money from special ed purposes continues unaltered.

“We’re here for all of the children”

was rightly omitted from the story.

Burkey wants to take money away from the kids most in need and allocate it elsewhere.

“We’re here for the regular kids
and not the special needs children.”

What the Daily Herald didn’t write was how Burkey didn’t inform the board of his “still recommending” when the news of the district getting $2 million more in state aid was noted at last Thursday’s board meeting.

Hard to find any middle ground or compromise in Burkey’s “still recommending.” 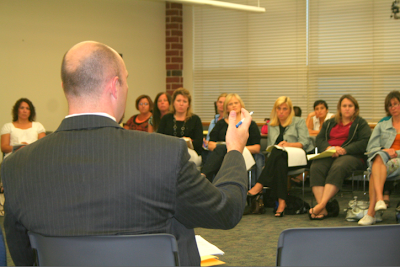 You have to wonder how many special ed parents are going to want Burkey retained as superintendent if he comes across as missing the listening qualities expected of someone in his position.

He exhibited a scarcity of listening skills at the meeting I attended of special needs parents. He let his new finance guy, Mark Altmayer, be the heavy.

Crystal Lake administrators and board members have managed to avoid one controversy after another? It doesn’t seem that their Huntley counterparts will wade through this issue with similar acceptance by community members.

“Some children aren’t meant to read”

at best there’s a lack of sensitivity and at worst it’s contrary to the district’s mission statement.

The irony of funding a new fishing club for thousands of dollars was not missed by these special ed parents. Perhaps the real message in Monday’s Daily Herald article was,

Below you see School Board President Shawn Green talking about his admiration for President George W. Bush and his No Child Left Behind policy.