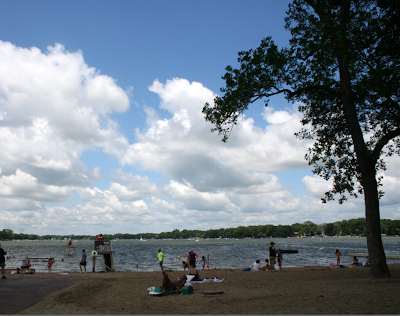 It was windy, but warm, Sunday in Crystal Lake.

At the Park District’s Main Beach, there were numerous Woodies on display. 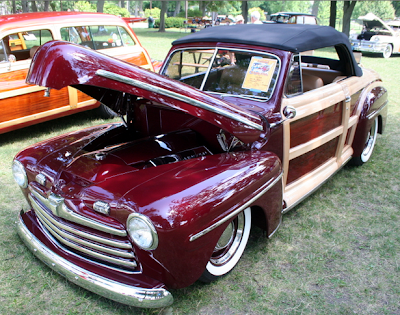 When I went to pick up supplies for my son’s second birthday party before church. On the way back, I was behind this Woody. So after church, I stopped by to take a look. 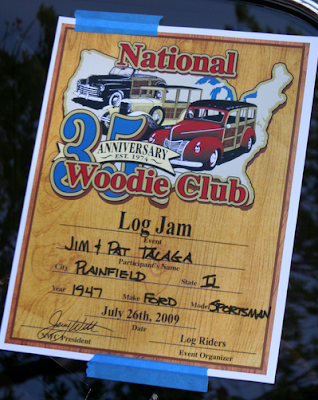 It appears to belong to Jim and Pat Talaga of Plainfield.

All the cars had similar labels, but I didn’t figure out they weren’t advertising an event in Plainfield until just now. 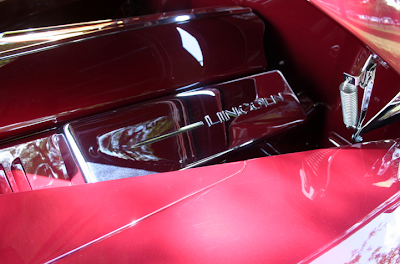 The sign says it’s a 1947 Ford, but look under the hood and it sure looks like Lincoln is claiming it. 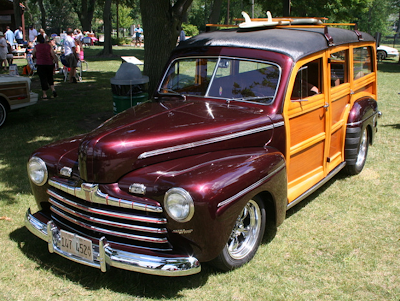 The next car I looked at was a Ford with a wooden surf board on top.

How do I know it was a Ford? 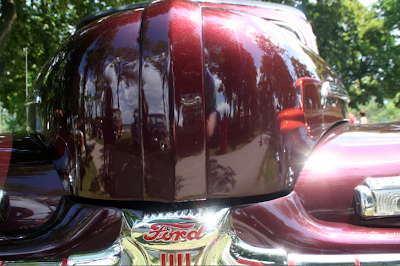 Take a look at the logo in front.

If you can supply more information about any of these vehicles, please leave it in comments.