The drop in the price of oil has allowed Crystal Lake, McHenry County and other road repairers to lay lots of macadam this summer.

Old asphalt on Dole Avenue between Route 14 and West Crystal Lake Avenue has been removed, for instance.

But we know whose residents rate highest. 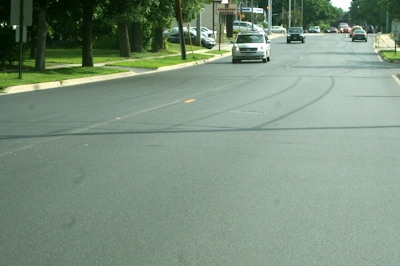 While McHenry Avenue and Dole saw their asphalt removed pretty much the same day, McHenry between Route 14 and West Crystal Lake Avenue is already repaved.

Between Route 14 and Crystal Lake Avenue, the old railroad right-of-way is still in shambles. Holes in parts of it have already been patched, awaiting the replacement layers of asphalt.