Algonquin’s Gary Jenson sent me some more photos of the National Guard “Welcome Home!” ceremony in Woodstock on Friday. 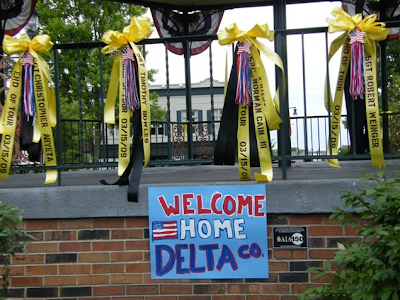 The gazebo on the Square was bedecked in ribbons for the four men who were killed in Afghanistan. 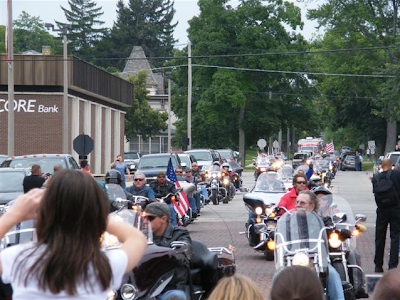 The roar of the motorcycle escort preceded the bus carrying the returning soldiers. 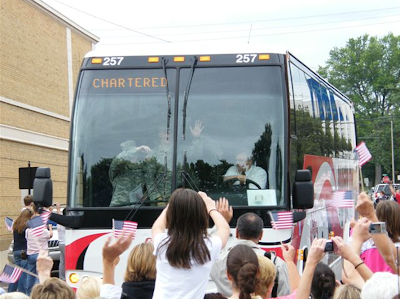 When the bus got near the Square, people on the street starting taking pictures of the bus. Men in the bus were taking photos of the people greeting them. (Click to enlarge any photo.) 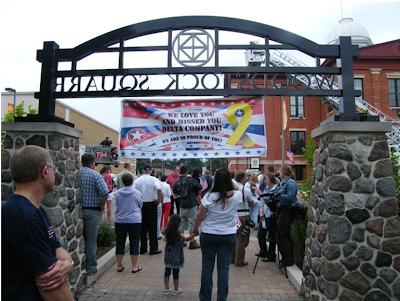 The Welcome Home banner was ready for their arrival. The banner read, in part ,

“WE LOVE YOU
AND MISSED YOU
DELTA COMPANY!” 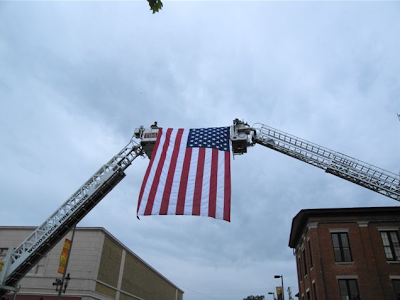 At the edge of the Woodstock Square a flag hung from extended ladders of two hook and ladder fire trucks. 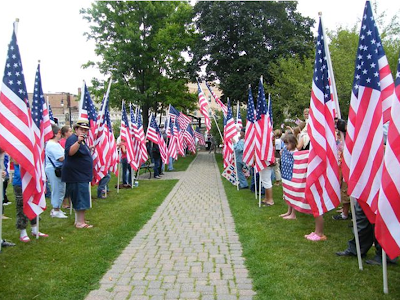 American flags lined the walk to the Gazebo. Those welcoming them home knew they were fighting for their country, not their state. 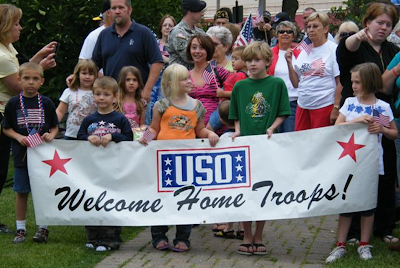 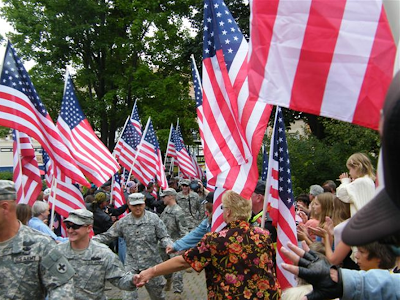 The Guardsmen entered the flag-bedecked walk. 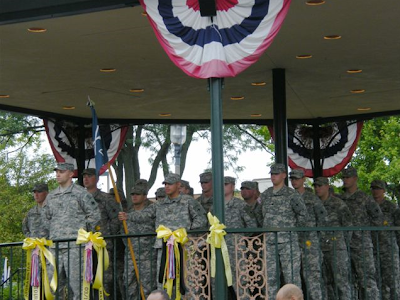 The troops stepped up to the Gazebo.

The National Guardsman from Delta honored their fallen comrades.