The following press release has been received from the office of McHenry County State’s Attorney Lou Bianchi: 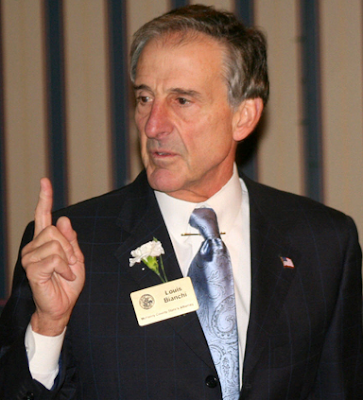 Kelly began her career as an Assistant Public Defender assigned to the Felony and Juvenile Divisions in Kane County.

As a member of the Capital Litigation Trial Bar, Kelly is certified by the Illinois Supreme Court to prosecute death penalty cases as lead counsel.

In 2006, Kelly prosecuted Gregorio Pena and Antonio Figueroa, two members of the Latin King Street Gang, for their involvement in a violent beating of a former gang member outside of a tavern in Harvard.

Both men were found guilty and sentenced to the penitentiary.

In 2008, Kelly and the Chief of the Criminal Division, Nichole Owens, prosecuted Justin Knapp, a Nortenos 14 Street Gang member, for the gang-related stabbing of a young man affiliated with the Latin Kings street gang in a Woodstock parking lot.

Knapp was found guilty of attempted first degree murder and sentenced to 16 years in the penitentiary.

He has been employed as a prosecutor with the McHenry County State’s Attorney’s Office since 2007 where he has tried a total of 23 trials, including the offenses of felony criminal sexual abuse, unlawful delivery of a controlled substance, assault and battery, DUI, and resisting a peace officer.

Bora is currently assigned to the Felony Review Division where he works closely with law enforcement on felony criminal investigations.

He is also assigned to the State’s Attorney’s Office White Collar Crime Division.

Kelly and Bora will also

Kelly and Bora will handle gang-related crimes and/or review and monitor their dispositions and will ensure that the prosecutor who is assigned the case is familiar with the gang affiliation and history of each defendant.

Kelly and Bora will also educate the community about gangs within McHenry County, and will visit schools to educate and dissuade students from becoming involved with gangs.

The formation of the Gang Prosecutions Unit will facilitate an aggressive stance against gang crime in McHenry County. The unit will take a hard-line approach against active gang members by coordinating efforts with law enforcement and aggressively prosecuting gang crime.