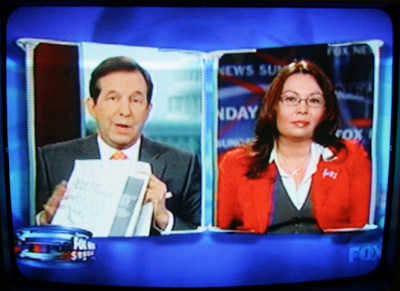 I normally don’t dip very deeply into national politics unless there is an Illinois angle.

She was being questioned, almost interrogated by Chris Wallace.

Here’s the promo on the Fox News web site:

Amid charges of ‘Death Panels,’, Chris Wallace uncovers explosive new information about a ‘death book,’ already being used by the Department of Veterans’ Affairs, that encourages the nations’ veterans to pull the plug. 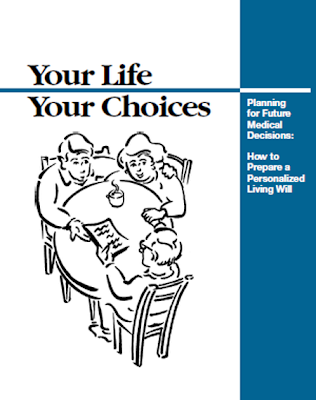 “This Sunday we’ll take a look at how this controversial book steers users towards a predetermined outcome from the man who took down the program during the Bush Administration. Plus, we’ll bring you a reaction from the Obama White House.”

There is supposed to be a link to the Veterans Affairs’ document on the Fox News web site, but I couldn’t find it.

When Duckworth said it was being revised.

“But Tammy Duckworth, an injured veteran who is the assistant secretary for the Department of Veterans Affairs, said the manual is still under revision — as stated in a disclaimer on the official Web site — and has not officially been ‘reinstated.'”

Here’s the document. Maybe someone can put a link in a comment.

Wallace asked if it would be taken down “today.”

I had to chuckle.

The Veterans Department do something like that on a Sunday.

Not likely, I figured.

One person who commented under the Fox News promo wrote:

“…[A]s a Navy Veteran, {I am] disgusted with how she handled her answers to questions Chris asked about this end of life business. She was clearly avoiding the truth as well as outright lying about this whole issue…”

“I am a veteran of the Army. I am alarmed that they put that out there for Veterans to use. We give our life and limbs for this country and now the Obama administration wants us to die if we cost too much. We have a veteran Mrs Duckworth supporting it, that makes me sick…”

You probably won’t remember, but Wallace was working for Chicago’s Channel Two News during the 1974 Regional Transportation referendum debate. He actually did a story from the Crystal Lake train station that was fair…unlike most of the TV news stories in an era where every electronic outlet had editorials endorsing the RTA referendum.