A front page listing on Google’s search engine led to the the following blog comment from Dan Blevins of Houston, Texas, after he read my Sunday post entitled,

He writes The Flat World Times.

This is what I emailed my friends during this morning’s show… obviously, tongue in cheek, but I was doing double takes thinking maybe it was just because I’m in the middle of a Stephen King novel and maybe just imagining it all… 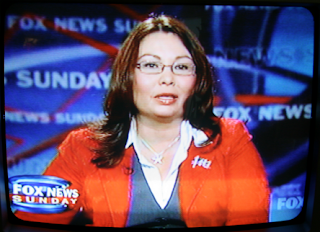 The interviewer, Chris Wallace, kept saying it was there along with a link to the VA directive saying to use it.

So while the good Secretary Duckworth was angrily correcting the obviously misguided Mr. Wallace I WAS RAPIDLY DOWNLOADING BOTH THE PUBLICATION AND THE DIRECTIVE FROM THE VETERANS ADMINISTRATION WEBSITE! 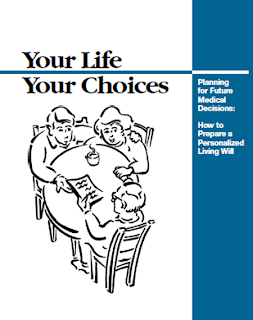 So what’s the deal about the publication, you ask?

It has a questionnaire checklist asking the veteran if life is worth living and does he or she really want life saving treatment or wouldn’t it just be better for all to terminate his or her life?

Furthermore, the official VA publication was authored by Dr. Robert Pearlman whose list of accomplishments include arguing before the US Supreme Court for physician assisted suicide (Vacco v. Quill) and has been appointed by the current administration to the VA Ethics Board as well as one of the authors of the directive to now start using the YLYC publication (below is also the link to the teleconference transcript of the meeting with Dr. Pearlman that wrote the directive).

As one person pointed out, according to the obviously misguided Mr. Wallace…

What’s the big controversy of the “end of life” counseling clause in the Health Care bill since it already exists for veterans?

1) This denial of the VA publication by the VA Assistant Secretary brings into question either the competence (didn’t even know it was there) or the honesty (just flat out lying) of the current administration and the Federal Government in general…i.e. so what else are they either mistaken about or lying about? My confidence level is really boosted…or as a wise person once said, “Trust me, I only want to help you.”

2) Sounding like a broken record, I keep saying to just read page 428 of the HC bill, which clearly states everything the Far Right Looney Tunes say is in it. (if you would like for me to email it to you verbatim if you don’t have time to read it, please let me know).

3) Can’t you just picture some VA webmaster being wakened up after a long Saturday night of code writing or partying to remove the links that aren’t there in order to do damage control and embarrassment prevention?

4) Below are the links that don’t exist but if by the time you read this the VA webmaster has had enough caffeine and removed them, just let me know and I’ll send the files since as I said I was downloading the documents while the VA Assistant Secretary was angrily denying they existed.

5) Again my apologies for the messy email. Oops, the bleeding has started again…darn, I’m going to have a nasty scar on my chin! Take a look at the links…

Blame the original article on Tammy Duckworth’s service as Director of the Illinois Department of Veterans Affairs.