One of the friends of McHenry County Blog has discovered that Democratic Party State Rep. Jack Franks’ Woodstock office is going to be used Tuesday, September 1st, to lobby citizens for President Barack Obama’s health care reform plan. The “host” is Lawrence Glowacki, as you can see from the bottom image.

Here’s what the Organizing for America web page says:

HcHenry and Northern Kane county OFA, HCAN and NW Suburbs for Obama will be hosting a phone bank for health care reform at the offices of State Representative Jack Franks in Woodstock. Our objectives are to mobilize supporters, while reaching out to the undecided to answer their questions. Please join us at this very pivotal time, to advocate for health care reform in our country.

Phone bank training will be provided for first-timers.
Bring your cell phones.

So far, one person has signed up. 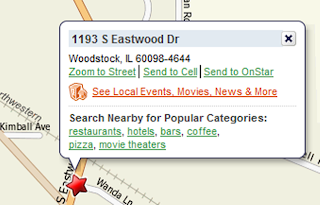 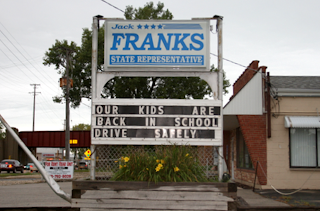 Meanwhile, the sign in front of Franks office says,

OUR KIDS ARE
BACK IN SCHOOL
DRIVE SAFELY