Recently “discharge hearings” have been in the news. Lawrence Hucksteadt is one. Here’s another reference,this time to Willie Terry.

Some who have committed heinous crimes are judged by Illinois mental health system (officially now called Illinois Department of Human Resources) to be incapable of standing trial, but OK to be released from custody…if they continue to take their meds.

I asked Nicole Owens, head of the Criminal Division of the McHenry County State’s Attorney’s Office to explain what a discharge hearing is. Her reply follows:

“By statute, a discharge hearing may be held when a criminal defendant is found to be unfit to stand trial and is unlikely to be restored to fitness within a one year time period. 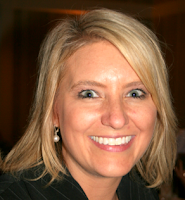 “At the discharge hearing, the State must prove each element of the criminal offense beyond a reasonable doubt; however, the rules of evidence are relaxed. For example, hearsay or affidavit evidence on some matters is admissible.

“The defendant does not have a right to a jury trial – the hearing is conducted in the form of a bench trial.

“If the defendant is found not guilty, he is released and then the only option the State is left with is the civil commitment avenue.

“If the defendant is found guilty, he is remanded to the Department of Human Services for treatment and will be returned to court for periodic reviews.

“If he is restored to fitness during the course of treatment, the State may proceed with trial. The maximum period of treatment is 5 years.

“After 5 years, if the defendant is still unfit, the State may pursue civil commitment. At that point, however, the commitment decision is up to the court rather than the Department of Human Services.

“If the court finds that the defendant is a threat to the public, the defendant will be involuntarily civilly committed for an indefinite time period.”