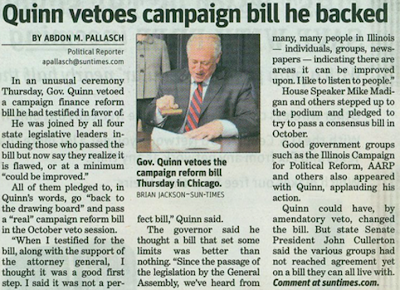 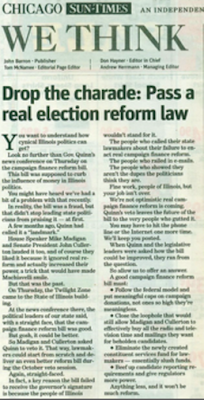 The House Democratic Party Floor Leader talked about accomplishing “some ethical reforms, including strengthening the Freedom of Information Act and campaign finance limits.

“There too high there,” he said of the bill vetoed last week by Governor Pat Quinn, a bill he previously endorsed.

Then, Lang laid out his own idea of campaign finance reform:

I hope that I was not the only one in the room who figured out such a restriction is a way to give incumbents even more of an advantage than they have now. 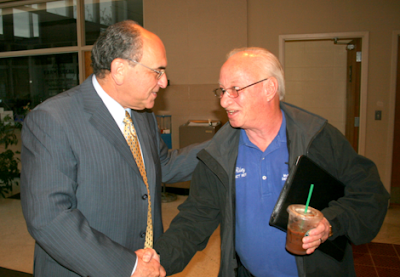 Incumbents already have so many advantages.

Because they have won at least one election and had the support of state-paid public relations persons for almost two years by the time they seek re-election, public officials have a huge name identification advantage, just to mention one benefit to being in office.

Another is that newspapers quote you. (Check out the number of times non-incumbents pry their way into articles during a campaign.) That makes the incumbent and his r her ideas seem more important than a challenger.

Want to keep the same people in office?