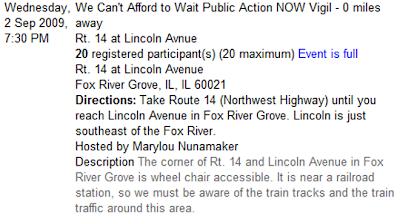 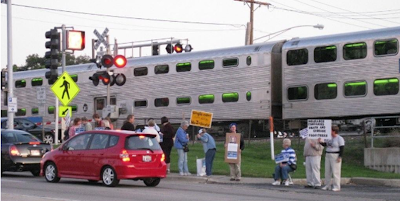 It’s pretty dark then. Looks like some people showed up before dusk. 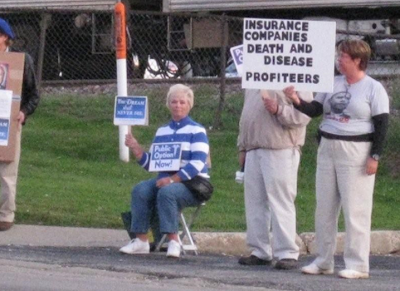 Jon Heideman was kind enough to send me some pictures of the event. 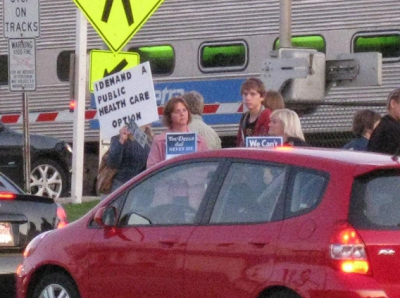 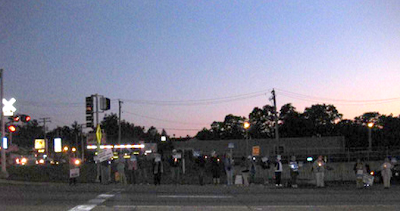 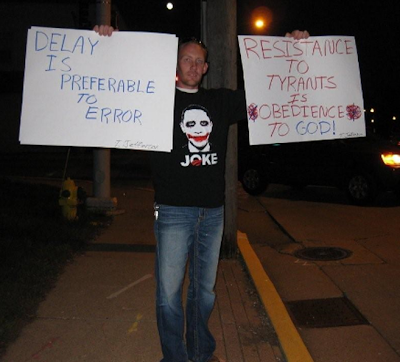 “During the hour that we stood there random people driving by stopped to show their support of the Government’s not taking over our Health care. 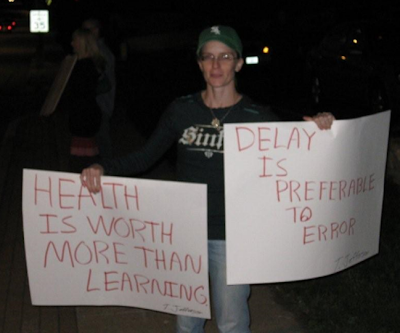 “In total there were 10 people that stopped on our side to show support.

“The only thing that the Move ON.ORG group received were honks, thumbs down and the occasional middle finger.

“I know not one passerby stopped to show support about their position or join their vigil,” Heideman wrote.

The photos are show in the order I received them.