Warning: Parameter 2 to wp_hide_post_Public::query_posts_join() expected to be a reference, value given in /srv/users/serverpilot/apps/wordpress/public/wp-includes/class-wp-hook.php on line 292
 Weekend of Decision for Jack Franks - McHenry County Blog ↓
McHenry County Blog Home 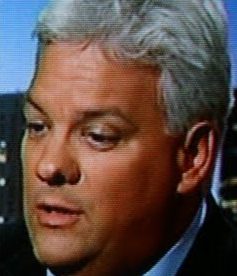 Should he or shouldn’t he?

Run for governor or some other statewide office, that is.

That will be the question this Labor Day Weekend among State Representative Jack Franks’ family and friends.

My guess is that he runs for re-election, but I don’t have $1 million of family money in my campaign fund.

But being state representative having to drive that really horrible trip to and from Springfield has to get old after ten years.

Of course, when McHenry County Republicans keep giving you a pass, you can relax every other fall.

As long as Bill LeFew was GOP county chairman, you could understand how he, as a Jack Franks’ campaign contributor who has even said a few words at a fund raiser, wouldn’t recruit an opponent.

It’s more difficult to understand now that State Rep. Mike Tryon is county chairman…especially with his having Crystal Lake’s Robert Kaempfe challenge him for two elections in a row while Franks has gone challenger-free.

I suppose Franks could keep the money in his fund, hoping to use it four years from now when rich friends and family may not be able to contribute such large amounts.

That assumes that campaign contribution limits are enacted.