I have received the following statement from Frank Wedig, Chairman of the McHenry County Green Party. He ran for a District 5 county board seat (how well he did is in this article) and, next, Dorr Township Trustee.

“One of the components of the Green Party Platform that is at the lop of my priority list is Fiscal Responsibility.

“The $15 Million Federal Stimulus Bonds to be allocated to the Woodstock Baseball Stadium do not meet that criterion.

“If the Stadium starts out being heavily subsidized by taxpayer money, future taxpayer bailouts are almost guaranteed.

“What is worse, if future bailouts are not forthcoming the $15 Million Dollars will have been lost – wasted. The economics of the stadium should stand on their own and be totally transparent. 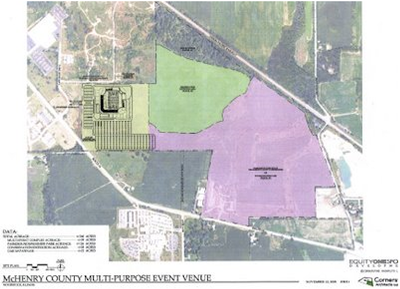 “I am against corporate welfare, but in these difficult economic times some Government stimulus to the private sector can be justified.

“Spending the limited stimulus money on an entertainment complex is economically unsustainable. There will be good paying construction jobs initially, but then the permanent service-sector jobs will be low paying.

“For this Stadium to succeed, the local residents will have to spend their hard-earned money on entertainment. There are only so many entertainment dollars a family can spend. In this economy, people’s discretionary income may be diminished for a long time to come.

An article that focused on the issue, on the Tuesday agenda at the Finance Committee meeting at 9:30, can be found here. Here is an article about the Woodstock City Council meeting that approved the proposal.

= = = = =
The photo is of Frank Wedig knocking on doors while running for Dorr Township Trustee.