It conceivable that the McHenry County Board may allow citizens to vote whether they want slot machines and video poker in McHenry County.

It would be an advisory referendum, because the legislature only allowed binding referendums that are initiated by 25% of the voters in a county or municipality.

“Why would we decide what’s best for them?” county board member Bob Bless asked.  “I think we should let them (the voters) decide.”

“I’m all for that.  I’d like to have a referendum.”
Later board member Barb Wheeler added,

“If we’re all aflutter and can’t be a representative government, as we’re supposed to be, we could still put an advisory referendum on the ballot. 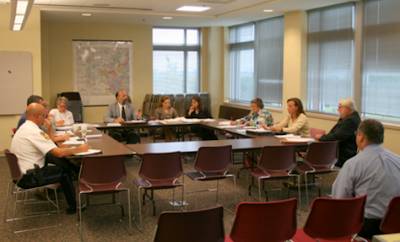 The minimum that will happen is that the county board’s License and Liquor Committee will hold a hearing on the evening of October 6th [since changed to the 7th; meeting starts at 6] to allow public input.  It may be in conjunction with the Finance and Audit Committee and the Law and Justice Committee, if they wish.  The full county board would consider the issue on October 20th.

County Administrator Pete Austin said chairmen of both committees “just want to see the whole board is considering the issue.  They’re glad the issue is coming up today.”

to give their views on the issue and answer questions.

The name of State Senator Dan Duffy (R-Lake Barrington) was not mentioned.  The newly-elected state senator voted against the slot machine bill.

Then, on October 20th, the county board could vote whether to ban slot machines in the unincorporated part of McHenry County having an effect on 44 bars, taverns and restaurants, plus 7 golf clubs, according to research that McHenry County Board Chairman Ken Koehler passed out.  Koehler wanted the legislators at that meeting. 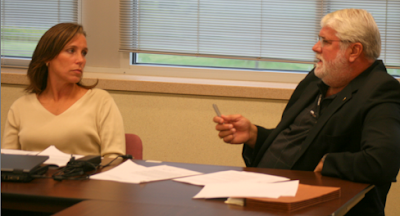 Under the slot machine legislation, county government would lose the just under $10,000 from licenses for coin operated amusement machines it now gets and pick up 5% of the amount gambled on a maximum of 225 slot machines.  The county’s share is estimated to be about $241,500.

“What we’re talking about on the county side is very small,” Koehler said.  He suggested it could go for gambling addiction treatment.

“If this is such a terrible thing, then maybe we ought to use it (for counseling).”

“It may have very large ramifications beyond revenues,” Wheeler replied.

“I’m told there is some gambling going on in McHenry County even as we speak.”

He spoke of some of its being stopped for a while only to spring up again.

“Apparently it grows pretty well in the county. (See 2008-1, 2008-2 and 2009 McHenry County Conservation District stories.)  Maybe we should legalize it and regulate it.”

Democrat Jim Kennedy wanted to make sure that the Chicago Crime Commission testified at the meeting, as well as the State Police, who, along with the state Gaming Commission are charged with with policing the slot machines under the legislation. 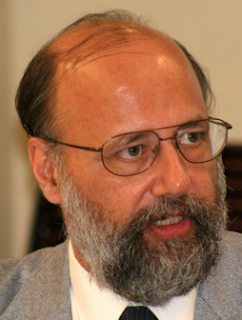 Committee Chairman Hammerand made an impassioned argument in favor of banning the slots, evoking how New Yorkers turned Coney Island from a sin city to a family-friendly location.

“Vice does not pay as well as decency,” he quoted those who turned its reputation around.

Hammerand pointed out that McHenry County has the highest percentage of families (adults married) in the state.

“If that’s something we want to continue selling, maybe we shouldn’t have video games here.

“If we want to be a bedroom community and attract families, I think we should (forego it).

“I feel revenue does not trump principles,” the Wonder Lake resident said.

In expressing her opposition to slot machines before the meeting Republican Precinct Committeeman Joyce Story of McHenry pointed out something I had not realized before.

Every liquor license holder will not be eligible to have five slot machines.

Only those who hold a license to pour liquor can have the gambling machines.

“That concerns me more,” she said.

“They will stay longer and gamble more.”

“I think this is a horse you just don’t want to let out of the barn,” she said.

“I think it’s going to be a huge problem for law enforcement.

Bill Parrot, whom I first met at the huge Patriots United meeting on health care at the Crystal Lake Holiday Inn, also spoke against the proposal.

He asked if the retail businesses favored the proposal.

“Do we have a consensus among the (merchants) of the county?” the McHenry resident asked.

Leading off the meeting was Libertarian Dave Brady.

He had found a mistake in the resolution, which he pointed out to the committee.

After Brady’s presentation, Hammerand said that he “stole it (the resolution) from DuPage County. Just get rid of that (whereas clause).”

Hammerand asked the State’s Attorneys office to review the resolution.

On a philosophical level, Brady argued that the ban was another  example  of “the nanny state.”

“We’re going to protect you from yourself.”

He wondered how McHenry County could “accept money from gambling, but not allow it in the county.”

Brady asked whether that was being “family friendly” or “being hypocritical.”

McHenry County Board member Mary McCann was worried about the competitive disadvantage taverns near village boundaries might face if slot machines were banned for them but not for bars within a nearby municipality.

Below is a picture of the whole committee, plus staff from the State’s Attorney and Sheriff’s Office.

The three Republican state legislators representing McHenry County who voted for the gambling expansion bill are next in the article.

County Board member Barb Wheeler listens to County Board Chairman Ken Koehler in the next image.

Committee Chairman John Hammerand is next.