Previously, I have shown what the Randall Road Liberty Trail demonstration looked like south and north of Algonquin Road. This has more close-ups.  Look at those holding signs. See if they fit your stereotype of people who protest in America. 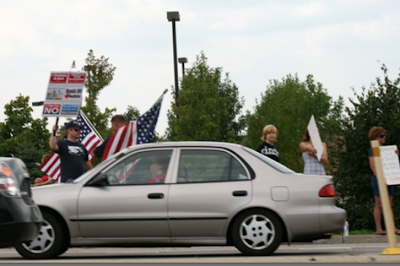 Everyone was on the west side of the road and there are so many lanes of traffic I wasn’t able to get decent shots of those on the east side.  (This picture is for illustration purposes only.  It’s folks on the west side south of Randall as I was driving back to Crystal Lake.) 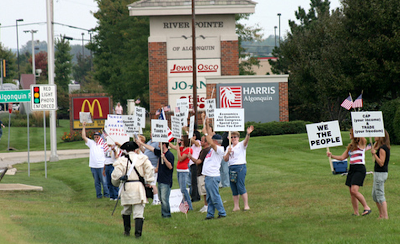 But coming back from the Algonquin Commons, I got some photos. Click to enlarge the image and you can see signs saying, 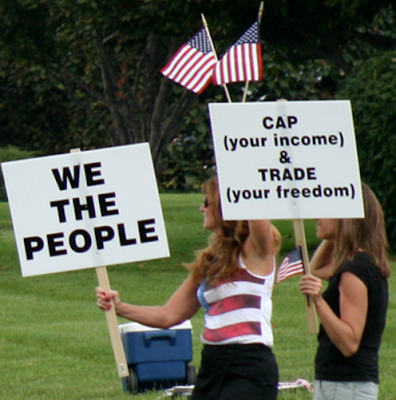 WE THE PEOPLE
CAP
(your income)
&
TRADE
(your freedom) 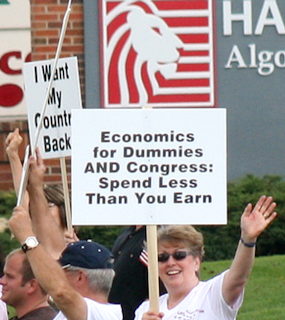 Economics
for Dummies
AND Congress:
Spend Less
Than You Earn
I Want
My
Country
Back
I stopped to take this photo.  That’s probably why the woman is waving. 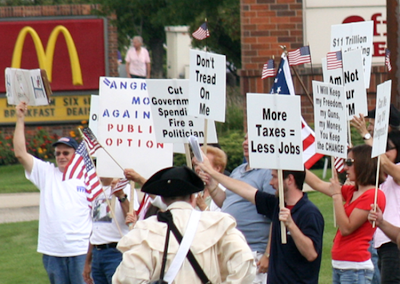 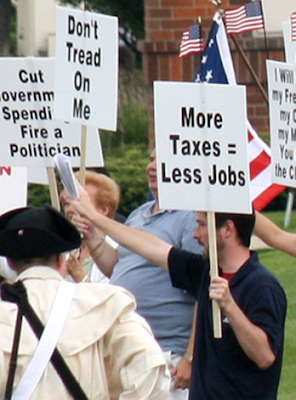 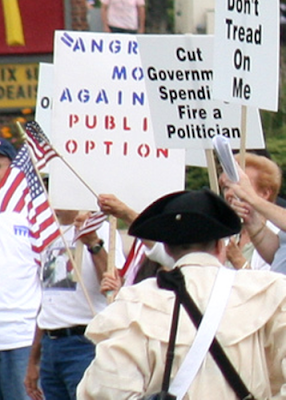 My Freedom,
My Guns,
My Money.
You Keep
The CHANGE 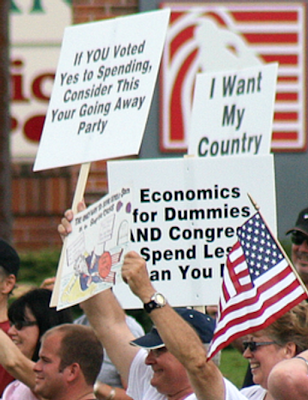 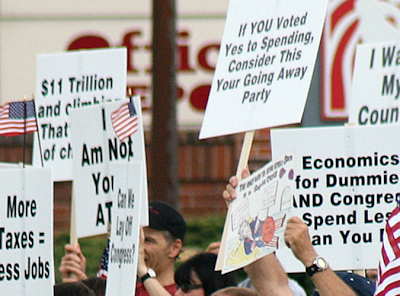 YES to Spending,
Consider This
Your Going Away
Party 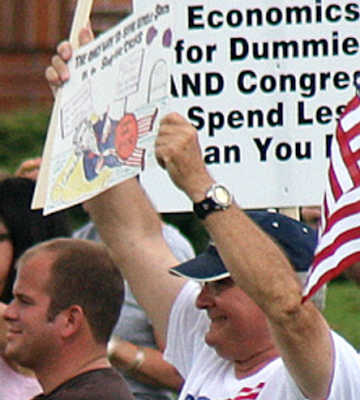 The 8 1/2 by 11 sheet of paper above appears to have Uncle Sam on his back. If you can figure out what it says by enlarging it, please let me know. 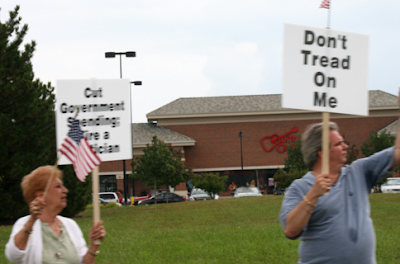 As I drove past, I tried to get some close-ups, but the traffic was moving pretty fast. 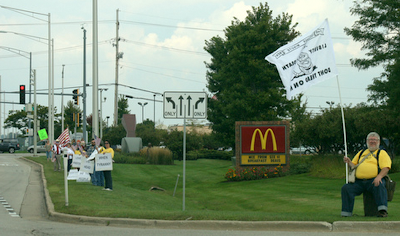 On the other side of the entrance to Jewel and McDonald’s, these folks were holding up signs. The wind has the  “Don’t Tread on Me” flag being held by the man in the yellow shirt flying backwards. 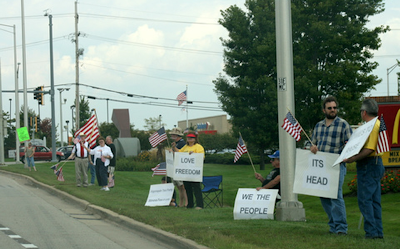 It was after the scheduled one o’clock end of the two-hour demonstration by the time I reached Algonquin Road, so attendance had dwindled down. 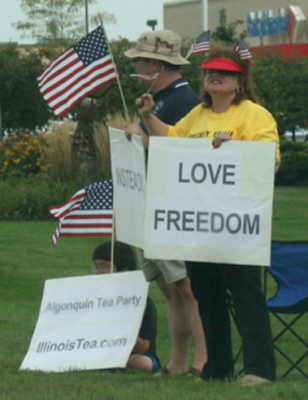 One of the organizers was still waving her American Flag, with her child holding up a sign that said, 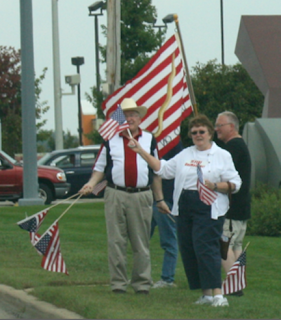 It seems appropriate to end this story with a picture of three people waving five flags.  They and the others in this demonstration were asserting their First Amendment right of Freedom of Speech and Association.

There were attempts to thwart these constitutionally guaranteed rights.

Tomorrow, we’ll give some details.

There was one final sign, which I featured at this Message of the Day.