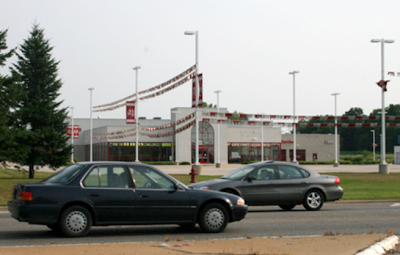 It was a “Not in My Back Yard” kind of night at Crystal Lake City Hall last night.

Not only was the Crystal Lake Park District Viking Dodge site nixed by a 6-0 vote, but a private recreational activity, miniature stock car racing run by HobbyTown, USA, did, too. (Cathy Ferguson did not attend the meeting.)

Traffic ended up being the downfall of the Crystal Lake Park District’s attempt to put offices and recreational facilities where Viking Dodge used to be. 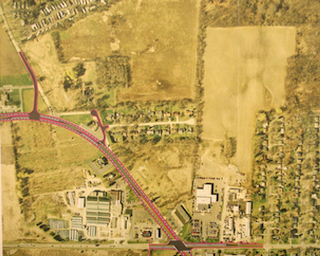 From the beginning, when McHenry County Blog broke the story on February 12, 2009, I couldn’t see how people living down Route 14 would be able to make a left turn from Route 176 onto 14 safely.  If you click to enlarge the map above, you can seen how IDOT wants to bring Ridgefield Road into Route 14 at a “T” and how residents of Andrea and The Breakers Chinese restaurant would have a somewhat better (but not much better) shot at getting out onto Route 14.  The park district proposed making the current Viking Dodge parking lot a right in and right out only entrance and exit. 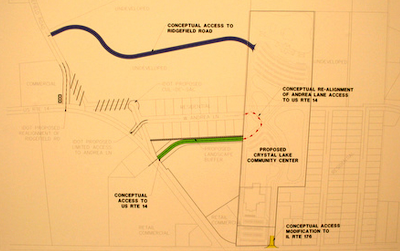 Even though the park district

its proposal did not pass muster.

Mayor Aaron Shepley took the lead in both zoning discussions.  In both, the goals of the petitioners were lauded, but the location criticized.

Noise KO’ed  HobbyTown.  The site selected was next to JA Frate.  There is a berm behind the trucking company.  There was room for one behind the proposed outdoor track as well, but the council was unwilling to take the chance that it would diminish the noise from the race cars enough to satisfy neighbors. 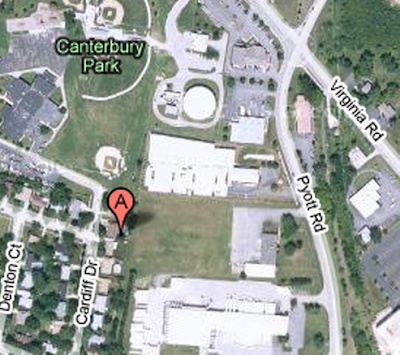 Cardiff Drive residents even presented a video with the buzzing noise of the cars being tested in back of what used to by Crystal Auto Body.  It’s a deep lot, but needing to get all but one vote provided impossible.  After all, the Republican precinct committeeman for the neighborhood, Ellen Brady-Mueller, sits on the city council.  The mother with two autistic sons whom she home schools certainly tugged at hearts.

Even though the park board is back to square one with the council’s “Do Not Pass Go” decision, others are talking of expanding the Crystal Lake YMCA facility with a much upgraded pool.  Whether such a facility would be totally privately financed or a combination of private-public financing remains to be seen.