The 2nd Appellate Court has upheld the murder conviction of Billy Cox.

Below is the reaction of McHenry County State’s Attorney Lou Bianchi: 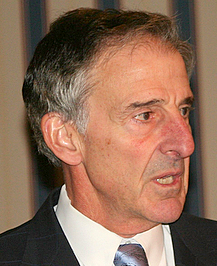 “We are pleased to hear that the Appellate Court for the second district (which sits in Elgin) affirmed the jury verdict of guilty in the case of “People v. Billy Cox”.

“Although we have not yet had an opportunity to review the opinion we believe that the court felt, as the jury did, that the facts presented at trial proved that Billy Cox intended to kill Mrs. Cox.

“The oral arguments that preceded the decision were centered around the facts of the case and it would be consistent for the appellate court to agree with the jury.

“It is hoped that Mrs. Cox can, somehow, now put her fears to rest and look forward to the future with her family.”