Warning: Parameter 2 to wp_hide_post_Public::query_posts_join() expected to be a reference, value given in /srv/users/serverpilot/apps/wordpress/public/wp-includes/class-wp-hook.php on line 292
 Message of the Day - Buffalo - McHenry County Blog ↓
McHenry County Blog Home 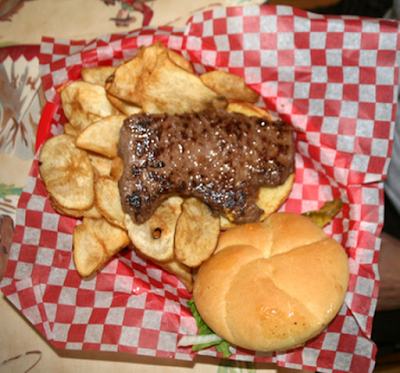 When we started our trip to the Intermountain West, my son didn’t like buffalo.

But, after being in the midst of a herd crossing a road in Yellowstone Park–and even before after having just seen a couple along the road–he became a fan.  Two plush toys on the stairs prove that.

As a child in the early 1950’s, I remember eating bison at Mt. Rushmore.  It was in a stew, I think.  In any event, I remembered its being more chewy than beef.

This year, we found buffalo burgers on the menus of many restaurants. 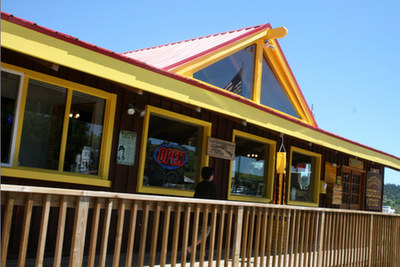 My favorite was served at the Country General Store’s restaurant. 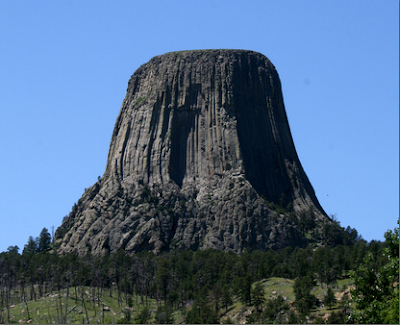 That’s next to Wyoming’s Devil’s Tower.  (If you visit this first national monument, the restaurant is not hard to find.  It’s the only one there.)  It’s also where a Kampground of America (KOA) RV is administered.

You can see what was so special about this buffalo burger.  It was shaped like a buffalo.

Unfortunately, the roll wasn’t.  I had to eat buffalo legs and rump to make it fit.