Prior to publishing the list of who got what out of the aborted deal, McHenry County Blog left repeated phone and email messages Munaretto asking for an explanation.  There was no reply.

Gonigam refers to the deal as “a transaction so apparently simple it would almost amount to a bookkeeping entry.”

Munaretto said that he found a $1.1 million offer, but a higher offer came through.

The township board, however, sold the property to the road district for $611,000.

As Gonigam puts it,

“How $611,000 trumped a $1.1 million offer is part of what makes trying to unravel the Grafton Township controversy something like trying to sort out a plate of spaghetti.” 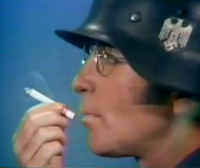 And, so far this information has not been published by either of the daily Heralds.

Both the lack of coverage…