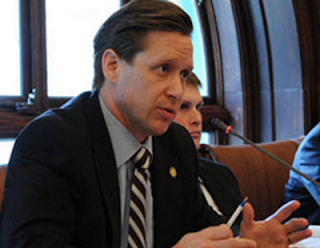 “This was not an easy decision,” said Senator Duffy. “It was based on my commitment to fighting corruption, increasing transparency and fairness. Like many government programs, the recipients of these funds are happy to receive them. However, I have discovered that the Legislative Scholarship process has very little oversight and it is not transparent. It is therefore subject to possible corruption.”

“The only way to reduce the misuse of funds is to remove programs that make it possible. Unfortunately, the Legislative Scholarship Program is easy to abuse.”

“As an Illinois State Senator, it is critical that I fulfill the promises I made to my constituents,” explained Senator Duffy. “I have promised to fight corruption, encourage job growth and keep taxes low. This decision is just another step towards fulfilling those promises.”

By law, each member of the General Assembly may award the equivalent of eight years free tuition to anyone based on any criteria they choose. The only limitations are that the student attend an Illinois state institution, live in the legislator’s district and is not a close relative.

Only Maryland and Illinois allow legislators to award scholarships to students.