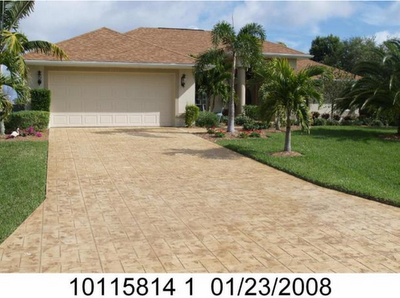 I see the Northwest Herald has run a story today about McHenry County Sheriff Keith Nygren’s family having received two Homestead Exemptions, one in Florida and another Illinois.  (The Nygren home photo above comes from the web site of the Lee County Appraiser.)

The Herald’s “hook” was that Green Party candidate for sheriff, Gus Philpott, who publishes the blog Woodstock Advocate, wrote stories about the subject.

Nice to know the Herald reporters are still checking out what stories they might have missed by reading the blogs the paper refuses to identify by name.

Used to be, stories would even link to the blogs in question.

The internet version of the story was posted at 1:20 AM, but revised over nine hours later at 10:58 AM, as you can see below. 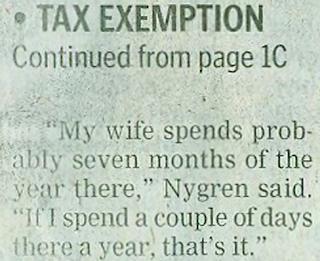 “On Wednesday, Nygren clarifiied a previous statement and said he spends a few days at a time in Florida, which amounts to a few weeks overall. ”

The only new information I saw in the NW Herald article is that the Nygrens will owe “about $1,100” to Lee County, Florida, local governments because of Nygren’s McHenry County 2007 and 2008 Homestead Exemptions.