A young man from Algonquin named Joe Stefani is getting a minor league baseball team off the ground without having to build a new stadium.

It will be located in Rockford and play in the park district stadium where the current Frontier League team started out. That team moved from the south side location to north of Rockford, where a better stadium was built by the Rockford River Hawk. It was privately financed, but its owners are asking local tax districts to waive their bills.

Stefani’s team investors believe there is enough of a market on the south side of Rockford to make minor league baseball a profitable enterprise.

Stefani was elected to the Algonquin Library Board last spring and is unopposed for Republican precinct committeeman in Algonquin Township’s Precinct 6. 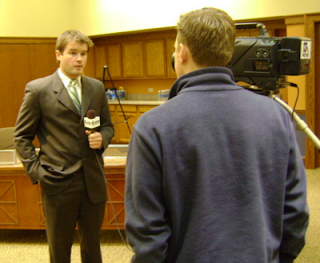 ROCKFORD, IL November 4, 2009 – After nearly 22 months of preparation, a group of investors led by Joe Stefani that includes former Rockford IceHogs owner Craig Drecktrah, officially announced this afternoon that the City of Rockford will once again be home to a baseball franchise.

The team, which will be a summer collegiate wood bat expansion franchise, will call historic Marinelli Field home starting Memorial Day Weekend 2010, which will kick off a 27-game home schedule for the 2010 season.

“After a long 22-month period of hard work from the Rockford Park District to my staff, we think that we have a formula not just for a great baseball team, but for a truly affordable entertainment option for Rockford and surrounding communities.  We wanted to present a product to the Rockford area that was right the first time.” 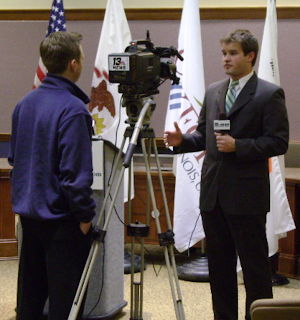 In an unprecedented move, the new baseball team announced the lowest ticket prices for any sports franchise in the Rockford area.  Single game tickets will start at a staggering $4 a ticket and season tickets will only be $79 per seat for any season ticket (excluding VIP seats) until December 31, 2009.

In addition, the team will be holding two special theme days during the 2010 season that deal with tickets.  Every Tuesday night game will be dubbed “$2 Ticket Tuesday” where all tickets at Marinelli Field are only $2.

Every Monday night will be “Unemployment Night” where fans that are unemployed can receive a free ticket by showing a valid ID and documentation showing that they are currently unemployed. 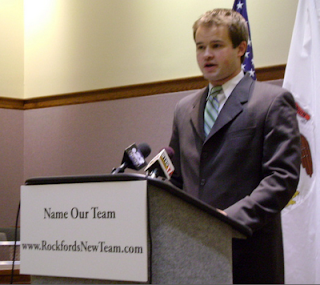 Looking at tonight’s World Series Game between the New York Yankees and the Philadelphia Phillies you will find former summer collegiate players including Ryan Howard and Chase Utley of the Phillies as well as Nick Swisher and Manager Joe Girardi of the New York Yankees.

“We are excited to have Rockford’s Great Plains Baseball League expansion team call Marinelli Field home. In addition to the 27-games played at the ballpark, Marinelli will continue to be available for local adult baseball leagues and special events, similar to how the facility is currently being utilized today,” said Deputy Director of Operations Ron Butler.

Before Memorial Day Weekend the team’s home stadium, Marinelli Field, will get some anticipated improvements at the team’s expense.  In addition to cosmetic upgrades like painting and such, the playing surface at Marinelli Field will get some much needed attention in addition to three separate party areas at the stadium that includes two party decks that fit 20 & 40 people respectfully as well as a 75-person area along the third base line.

The Rockford expansion team of the Great Plains Baseball League begins play at the historic 2,422 seat Marinelli Field Memorial Day Weekend 2010, which is located next to the Rock River.

The team is also conducting a name the team competition.  To submit your name for the team, please visit the team’s web site at www.RockfordsNewTeam.com.