Warning: Parameter 2 to wp_hide_post_Public::query_posts_join() expected to be a reference, value given in /srv/users/serverpilot/apps/wordpress/public/wp-includes/class-wp-hook.php on line 292
 13 Days Until "Chainsaw Jack" Franks Can Schedule a First Week of November Vacation - McHenry County Blog ↓
McHenry County Blog Home I guess McHenry County Republican County Chairman Mike Tryon could still decide to call a special meeting of his GOP Central Committee to allow the 63rd District Precinct Committeemen to select the two additional and needed members of a 63rd State Representative Committee.

That committee would be automatically authorized to select a candidate to run against Democrat “Chainsaw Jack” Franks this fall, but I’m not holding my breath if it wanted to do so.

Even though we have a Tea Party volunteer named Tonya Franklin chomping at the bit to charge toward November.

But she won’t get the opportunity unless Mike Tryon wants her in the race.

You’d think that party leaders would want to fill every spot on the ballot.

Not to do so indicates deficiencies in a party organization, I’d think.

I know I have been talking to Tryon since last July’s Play Day about our not repeating the 2006 and 2008 election cycles’ mistakes, that is, having no one on the ballot against Franks.

I even came up with two potential candidates. Both decided against running, but then appears Tonya Franklin, inspired by the Tea Party movement.

Joe Wash wasn’t even scheduled to address the annual Lincoln Day Dinner the spring after he pulled off the upset of the year against Melissa Bean.

I guess I should satisfied that Walsh was allowed to talk after the featured speaker, newly-elected U.S. Senator Mark Kirk.

But, considering Walsh is the first person to serve in Congress who lived in McHenry County, even though he wasn’t a native or even live here when he was elected, maybe attendees were lucky to have him as an “add on.”

At least Tonya Franklin has lived in McHenry County for three years.

But, she’s not, oh my, a Republican Precinct Committeeman.

Willing to become one, but certainly would never pass for “Establishment.”

I continue to wonder why McHenry County Republican leaders would want to leave the ballot blank, thus allowing Jack Franks to take an extensive October-November vacation. 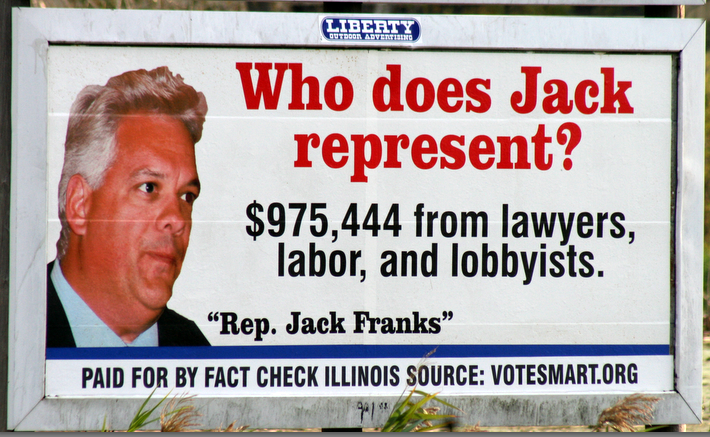