The Political Landscape Has Just Changed 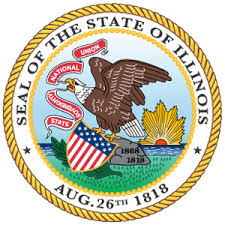 After weeks of speculation, it’s official. Jack Franks has been slated by the Democrats to run for Chairman of the McHenry County Board and will not seek re-election to his legislative seat here in the 63rd District.

First off, I wish to thank Jack for his 18 years of service to McHenry County.

Public service requires personal sacrifice, and we should acknowledge the sacrifices Jack and his family made in furtherance of that service.

I wish him and his family well.

Though I lost to him in 2014 and was prepared to go toe-to-toe with him in the fall, I was never running “against” Jack Franks. I was, and still am running for the things that I believe will make Illinois and McHenry County a better place to live, open a business and raise a family.

It’s time to get serious about the future of this State and McHenry County. I pledge to the people of the 63rd District that I’m committed to representing you and no other, and that I’ll carry on the tradition of having a strong, independent voice for you in Springfield. I ask for your support.