Last week, I had the opportunity to speak to a civics class at Prairie Ridge High School. It was great to see such a high level of interest from the students as we discussed the importance of being involved in the public policy process. Whether a person makes a phone call or writes a letter to an elected official, participates in the process by volunteering or running for office, it is critical students recognize how important it is to be an informed voter, understand the balance of power and take action.

It was clear to me that students at Prairie Ridge are being taught the importance of civic involvement. In fact, one student’s question pointed out a disparity in Illinois law and I’m currently working on legislation to address that disparity.

For more about what’s happening in Illinois, please read on. 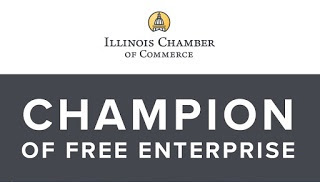 The Illinois Chamber of Commerce has named State Representative Barbara Wheeler (R-Crystal Lake) a Champion of Free Enterprise. The Champion of Free Enterprise Award is given biennially to recognize Illinois lawmakers who support legislation that promotes free enterprise in Illinois to help the state foster a more competitive economic environment.  In order to be eligible for the award, a lawmaker must receive an 85% positive voting record under the Illinois Chamber of Commerce legislative ratings – Wheeler received a 100% rating for 2015-2016. 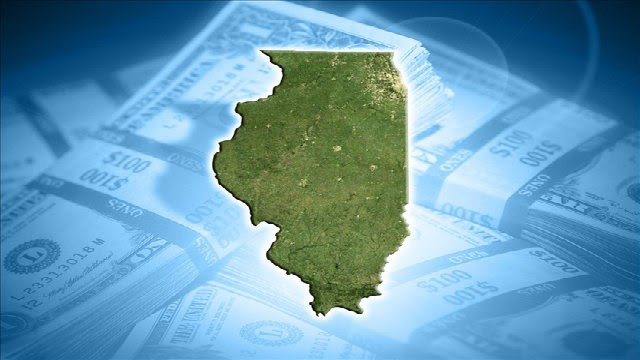 With the “stopgap” six-month budget for the first half of FY17 scheduled to expire on December 31, pressure is being placed on key Illinois officials to develop a budget agreement. House Republican Leader Jim Durkin, Governor Bruce Rauner, and other leaders were meeting almost daily in Chicago.  Key issues include cash flow for State spending areas covered in the “stopgap” budget.  Renewed appropriations are required if these areas are to get funding in January 2017 and following months.  However, no agreement has yet been reached. Small additional charges will be levied on monthly bills paid by users of Illinois electricity.  Parts of the revenue streams will be allocated to energy-efficiency programs and assistance to low-income energy users.  Sponsors of the measure point to the more than 1,500 jobs that would have been lost had these facilities been forced to close.

Governor Rauner signed the measure into law on Wednesday, December 7.  \

Critics pointed to the burdens that the bill may create for Illinois electricity customers and job creators.

Supporters of the bill respond that were the two affected nuclear power complexes to close, the effect of these closures on Illinois power bills (especially in times of peak power demand) could well be equivalent to or even higher than the additional charges to be levied in compliance with this measure.  Changes made to SB 2814 under the supervision of Gov. Rauner and members of the General Assembly who supported the measure included protections for consumers and commercial energy users, and binding commitments made by Exelon and a wide variety of other interested parties.

The Champaign-Urbana geological think tank will study and develop technologies to enable the continued burning of fossil fuels in Illinois and around the world.  Concerns have been raised about the emission of carbon dioxide when oil, gas, coal, and other fuels are burned, but geologists have long known that it is possible to gather carbon dioxide generated by fixed sources of energy (such as power plants) and inject them deep into the earth.  The technology, called carbon “sequestration,” could be used to make it more attractive to burn coal and other fossil fuels for future energy.

The Illinois State Geological Survey has been asked to evaluate the feasibility of injecting more than 50 million metric tons of CO² into geological strata deep under Illinois.  The study will build on previous core drillings and other empirical research that shows that much of central and southern Illinois lies on top of beds of impermeable shale.  Hypothetically, carbon dioxide could be injected into or beneath the shale and would never come back to the earth’s surface.

The Leapfrog Hospital Survey compared hospitals’ performance on national standards of patient safety, quality, efficiency, and management structures that reduce improper treatments and doctor-patient errors.  The Survey ranked Illinois first in the U.S. Midwest in terms of the number of top hospitals within the state.  California, the top-ranked state, had 25 top-ranked hospitals, and Florida had 11.  All other states were ranked in single digits. 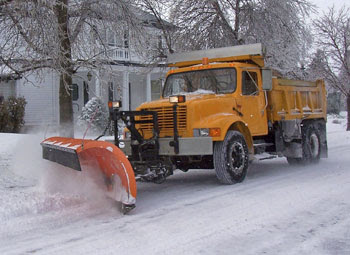 A brief streaming video from IDOT includes warnings suitable for snow and ice conditions.  Factors to keep in mind include the need to drive defensively when driving near snowplowing machinery, likely spots for road ice appearance and buildup, and items to be carried in a motor vehicle during winter.  A standard winter survival-supply kit for winter driving will include blankets, a first-aid kit, reflectors, an ice scraper for windshields, jumper cables, and a cellphone.  Motorists should keep in mind that not all sections of Illinois have continuous, seamless cellphone service.