Thank you reading my weekly update about what’s happening in Illinois and the 64th District. With the holidays coming up this weekend, I want to wish you and your family a very Merry Christmas or Happy Hanukkah, and a Happy New Year!

Do you need help paying your mortgage?

Have you experienced a drop in household income? If so, you may qualify for up to $35,000 in federal assistance at no cost to you.

Consumer Credit Counseling Service – CCCS of Northern Illinois, Inc. is a non-profit service that has helped save over 2,000 homeowners in the area and has again been chosen to sponsor the Illinois Hardest Hit program. Thousands of Illinois homeowners have successfully kept their home through this federally funded program administered by the Illinois Housing Development Authority.

Many facets of state spending are moving towards limbo with the approach of New Year’s Eve.  December 31 is the expiration date for the so-called “stopgap budget” that is authorizing much of the State’s spending activities during the final two quarters of calendar year 2016.  The “stopgap budget,” which was enacted in summer 2016, was meant to serve as a bridge to cover the first half of the 2017 fiscal year while budget negotiations took place.  However, high-level budget talks have been suspended.  Governor Bruce Rauner stated on Wednesday, December 14, that based on his face-to-face contacts with leading Democrats, negotiations are not being productive at this time. 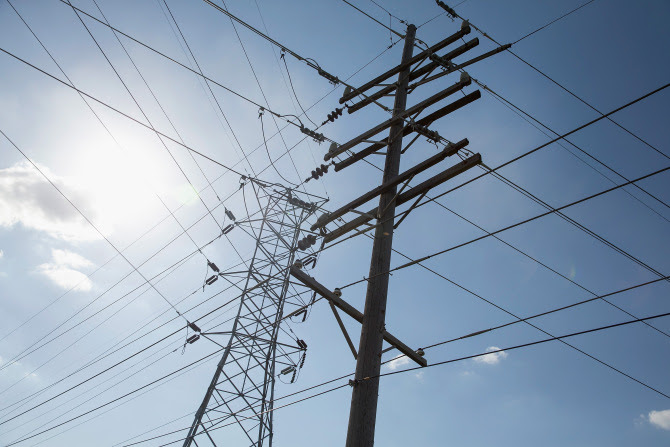 The workers, some of which will fill existing positions upon retirements, will help maintain these three nuclear reactor generators for the long term.

The two-reactor Quad Cities plant near Cordova, Illinois, and the one-reactor plant near Clinton, had both been slated for closure prior to the recent enactment of SB 2814.

The continued operation of the two plants will maintain more than 1,500 jobs.  The new law was signed on Wednesday, December 7.

In addition to existing work positions, Exelon will create new positions within this 400-worker figure, with the new job positions intended to maintain the long-term equipment reliability, safety status, and regulatory compliance of the three reactors. All local State Representatives voted for this increase in electric bills.

The job announcement was made on Thursday, December 15.  The provisions of SB 2814, together with this job announcement, are intended to make sure that the two reactor complexes will be profitable and safe to run for at least 10 years into the future.  These additional 10 years of working life will help these plants generate power over a major percentage of their entire design lifetimes.  Other provisions of SB 2814 will create subsidies for various programs intended to enhance energy conservation and renewable energy sources.

Newly-invented chemical engineering processes offer promise to unlock significant quantities of hydrocarbon fuel from U.S. soil.  In the family of processes that is loosely called “fracking,” a bed of shale is repeatedly drilled, injected with chemicals, and seismically tapped to force the shale to release its oil and gas.  Geologists say that a surprisingly large percentage of U.S. oil and gas hydrocarbons are locked in shale beds that can be fracked, and U.S. oil and gas production figures have soared in recent years after decades of decline.

Illinois has frackable shale beds; they are concentrated in a large section of southeastern Illinois.  After some debate the Illinois Department of Natural Resources (IDNR) adopted rules in November 2014 to authorize drilling firms to apply for permits to drill into Illinois shale.  Formulated with an eye towards Chicago-based opponents of Illinois fracking, the rules were proclaimed at the time to be far stronger and stricter in their controls on fracking activity than similar rules adopted by many other U.S. states.  The goal of these rules was to allow profitable fracking activities while protecting the Illinois environment.

Soon after these rules were adopted, the market prices of U.S. oil and gas declined significantly.  The decline was associated with significant frack drilling in many other U.S. states; in particular, natural gas produced in the three states of Ohio, Pennsylvania, and West Virginia has generated a significant surplus of natural gas in the eastern U.S.

These states have different rules from Illinois and frack drillers continue to be active there.  However, IDNR has not issued any permits for Illinois shale drilling under the November 2014 rules.

Industry observers believe that a sustained increase in oil and gas prices, if it comes, will “unlock” the economic potential of Illinois shale for profitable and productive drilling.  However, a price trend of this type could also lead to higher prices at the pump for Illinois drivers and motorists.

In the wake of an investigative-report series published by the Chicago Tribune that uncovered serious problems in some Illinois group homes for the developmentally disabled (DD) population, the General Assembly convened a joint committee to hold a hearing on the issue.  More than 1,300 cases of abuse and neglect were uncovered by the series of news stories.  Meeting on Tuesday, December 13, the committee heard from agency Director James Dimas, who described work being done by him and his top aides to understand the size of the scandal and improve enforcement of living conditions in Illinois DD group homes.

IDHS is required, under law, to supervise 3,000 licensed private-sector DD group homes throughout Illinois.  These homes shelter approximately 12,000 persons with intellectual and developmental challenges, often in an extended-family setting.  The treatment provided to persons in this category ranges from thoughtful, high-quality care to abuse and neglect.  In some cases, DD group home caregivers are overwhelmed by the challenges of taking care of persons with two or more separately diagnosed disabilities.

A major finding by the Tribune was that many of the cases of abuse and neglect that had taken place since July 2011 had been flagged in some way or another by IDHS oversight, but that many of the investigative files on these cases had been hidden, concealed, or even legally sealed.  A key pledge made by Director Dimas this week was that the Department will create a new infrastructure of electronic transparency to increase access to information on the standing of each group home.  The transparency infrastructure will include an Internet-based public report card to detail the status of many State investigations based upon allegations of abuse and neglect.  The report cards will include evaluations of many Illinois DD group homes.  In another pledge, Director Dimas stated that Illinois group homes for adults with disabilities will face stricter standards for establishing and maintaining licensure.

More than 200 workers to be recalled from layoff.

The Granite City Works steel mill complex, located in Madison County east of St. Louis, has been operating in partial shutdown mode since December 2015.  Granite City specializes in making hot strip steel, a commodity steel product used to sheet-clad a variety of machines, devices, and manufactured goods.  For example, many of the kitchen appliances most Americans use in their homes are clad in sheet steel manufactured through hot-strip processes.  Demand for U.S.-made hot strip steel has been adversely affected in recent years by significant new construction of steel mill capacity in eastern Asia, especially China.

Due to recent economic and political developments, demand for U.S.-made steel is up.  U.S. Steel, owner of Granite City Works, will call 220 workers back to Granite City to restart a hot-strip production line, with the rollers set to spin in February 2017.

Shuttered automotive assembly plant may be sold and reopened.

A buyer is negotiating to purchase the former Mitsubishi Motors automotive assembly plant in Bloomington-Normal, Illinois, officials said.  Closure of the plant, which at one time employed 3,000 workers, was announced in January 2016 as Mitsubishi reduced its presence in the U.S. automotive market.

The possible purchaser of the shuttered plant is Rivian Automotive, a Michigan startup firm that would like to make self-driving electric cars.  If the plant changes hands and if Rivian is able to raise sufficient capital, their goal would be to invest up to $175 million in the factory in 2017-2024.

Governor’s office announces that clemency backlog has been eliminated.

Under the Constitution of Illinois, persons negatively affected by criminal convictions (including, but not limited to, prisoners in State prisons) have the right to petition the Governor of Illinois for clemency.  Nothing in the Constitution says that the Governor has to respond at once, though, and previous Governors had let a backlog of more than 2,300 clemency petitions build up in the Office of the Governor without final action.

When he took office in January 2015, newly-elected Governor Bruce Rauner pledged to work with his staff to eliminate this massive backlog of clemency requests.  Upon digging into the pile, at least one unanswered request was found that had been filed thirteen years earlier, in 2003.  Most of the clemency requests were standard pleas that a prisoner or convicted felon should not be punished.  Although all of the 2,300 petitions were read, Governor Rauner granted pardons in less than 4% of the cases.  Approximately 80 pardons were handed out.  The backlog has now been eliminated, which will enable new requests to be read and acted on in a timely manner.

Department of Agriculture asks for ideas to revitalize State Fair.

Attendance at the Springfield, Illinois 2016 State Fair dropped by more than 13% on a year-to-year basis.  While severe weather events – heading by a flood-level cloudburst on the night of a key scheduled musical concert – were blamed for part of the attendance shortfall the overall numbers indicated growing problems with bringing in fair-going customers and exhibitors this year.  Springfield fair attendance fell from 411,547 in 2015 to 357,409 in 2016.

The Illinois Department of Agriculture, which operates the Illinois State Fair, has begun an 80,000-recipient survey exercise.  A wide variety of selected Fair attendees are being sent online questionnaires intended to gather data about their State Fair visit.  Questions include requests for data on potentially controversial subjects, such as the recent hike in State Fair admission ticket prices.  People who get the survey will be asked to rate various facets of the State Fair experience, including exhibits, entertainment, and food.   Respondents will also be asked to help the State Fair understand how many miles people travelled to attend the Fair, how many tickets were bought by a household, and whether a ticketholder also visited the Fair on a different day.

Results from the survey may be used to help shape future State Fair revitalization decisions.  One of the biggest challenges facing the Fair is the infrastructure of the buildings and grounds that house most of the Fair’s activities.  The new State Fair friendship foundation board, which intends to become the governing authority of a new private-sector body that is seeking 501-c-3 status, held its first meeting last month.  If and when the new foundation achieves designation from the federal government as a nonprofit body, it will begin active fundraising with the goal of raising badly needed funds to begin the task of rebuilding the State Fairgrounds.  Donations could include large gifts that would convey naming rights over sections and buildings within the Fairgrounds. 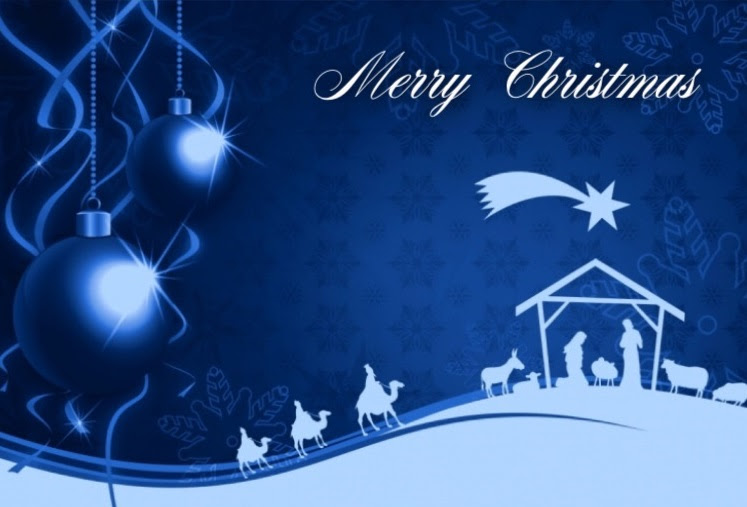 Thank you for reading. If you have any questions or concerns about anything you read, please feel free to contact me in the district office at (847) 973-0064 or by email at wheeler@ilhousegop.org.