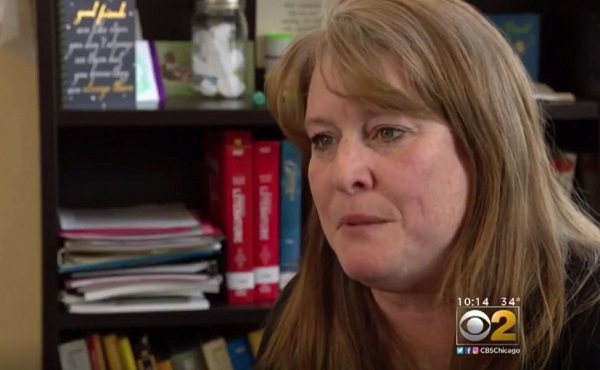 We exposed the Algonquin Township Clerk’s improper contracting with a person to do her job in this article and further in this one.

We challenged the attorney to disprove our position that such a contract was in violation of the law.

We must assume his research ended up with the same results as ours because the agenda for the upcoming Township meeting reflects the Board is going to appoint a Deputy Clerk.

What comes first, the Chicken or the Egg?

May we suggest doing the research for authority before billing for drafting the contract?

Does anyone else find it odd that the research on the authority came after the drafting and execution of the contract?

By doing the research after the fact he has locked in billable hours.

What appears to have taken place is a prime example of what we see statewide with public body attorneys.

They advocate for their client with little to no regard to the case law on the subjects they are dealing with and all indications are the focus is on billable hours.

In this example, Kelly does exactly what the Clerk told him to do, draft a contract.

Never mind the fact even the smallest level of research would have told him she has no such authority.

Even us non-lawyers have that one figured out.

So the taxpayers are on the hook for a legal bill for action that was contrary to all case law we have read on such action.

An action that they are now taking steps to properly rectify.

While people are screaming about Road District legal bills and comingling two different cases to support a false narrative we find silence on the Township and Clerk’s legal bills most interesting.

Reviewing legal bills can be most telling and as suspected, billing for the Clerk indicates the taxpayers are paying for billing that was outside the scope of the representation when appointed.

The invoice reflects the billing is through July 31, 2017.

However, that bill also reflects a balance of $20,655.00 owed from some previous work of which the Township has not provided those bills.

This invoice does not reflect what the taxpayers were billed $15,392.50 for as there is no description for the billing, thus no one knows if it’s legitimate.

Two weeks because the approval for legal counsel was June 14th, leaving two weeks of time before July billing.

Of course, everyone knew the Clerk had racked up $36,047.50 in legal bills in a month and a half though as the local media surely told you about it, right?

What may be of more interest to the taxpayers is the fact there is billing from the Clerks attorney that has nothing to do with the case number cited, such as our FOIA lawsuit against the Township or responding to the Attorney General PAC office.

Why is this attorney billing for review of our case and communication with the PAC when the minutes reflect the representation is for a specific case, which neither ours or the PAC are a party to?

Better yet, may we suggest an audit of both Kelly legal bills and the Clerk’s legal bills?

Does anyone else find it odd that the Township legal bill has no billing for any such 2-hr conference with the Clerk’s Attorney on 8-30-2018? Are we to believe that [Jim] Kelly just chose not to bill 2-hrs for that conference call with the Clerk out of the goodness of his heart?

Was there really a conference call?

Is anyone asking these questions?

Or that Kelly’s billing for 8-31-2018 is not just for receipt of an email but a review of the email costing .5 hr while the Clerk’s bill is for corresponding, which appears to be sending an email?

Why are the times billed the same but the work different?

Similar discrepancies are found throughout the record.

Review of all the legal bills is in order as it is clear the taxpayer is paying for things never authorized under the original authorization for the Clerk to have her own counsel, which was specifically tied to one case number.

If such authorization was expanded we would like to see such records.

Best we can tell, Clerk Lukasik’s legal bills to date with her personal attorney is $97,203.11and she can’t claim this was all because of the Road District Commissioner as clearly these bills reflect matters that point to her inability to know her duties and are for other matters separate from any Road District action taken to hold her accountable to the law.

We suspect if we were to isolate the other billing from Kelly pertaining to the Clerk’s duties, she has racked up well over $100,000.00 in legal bills.

Change for the better is never easy and for those that think you stop appropriate legal actionbecause of the cost have missed the bigger picture.

The past administration cost the taxpayers a whole lot more money due to nepotism and inappropriate spending in one year than has been spent on the legal fight to correct the actions taken by Bob Miller and family.

There is a reason those opposing transparency are fighting as hard as they are to stop the legal actions.

If these legal fights ever get to the point of Discovery we are confident the false narrative that appears to have dominated matters with local media to date will shift and do so in such a fashion it will be quite an embarrassment to those spreading the false information and wanting it all to go away because of cost.

We will continue to expose the truth and welcome any information that helps us do that.

We thank all of the good citizens who have gone to such great lengths to ensure key issues are exposed as it’s clear the majority holding office in Algonquin Township do not want that truth exposed.

We are not going away!