Reprinted from McHenry Times with permission of the author:

Despite a history of ugly clashes with government watchdog groups, Jack Franks, chairman of the McHenry County board, recently received an award from a local bar association for working with others to find common ground in a “respectful and civil manner.”

On June 19, the Northwest Herald published a “Submitted Report” announcing that Franks had received the President’s Award for Civility from the Northwest Suburban Bar Association. The report no longer appears on the Herald’s online site, but an announcement of the award does appear on the McHenry County government site under “County News.” 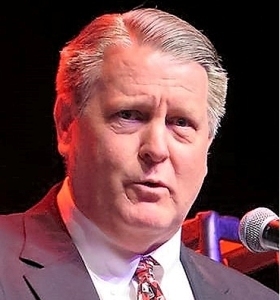 The editor of the Northwest Herald did not return an e-mail asking why the announcement was removed from the paper’s site.

Julie Barth, executive director of the Northwest Suburban Bar Association, said that Michael Rothmann, the incoming president of the bar association and a personal injury lawyer from Arlington Heights, is friends with Franks; and that any questions about the award should be directed toward him.

Franks, a Democrat from Marengo who was elected chairman of the board in 2016, has battled with Cal Skinner Jr., a former Republican Illinois House member and county treasurer from Crystal Lake. Skinner, a self-described “Tax Fighter,” publishes the McHenry County Blog, an online site that encourages public participation in government. In 2012 when Franks was a member of the state House, he wrote to Skinner telling him that he was unwelcome at any of his personal or political events. “You are not a journalist and are not credentialed and have no right to any access,” Franks wrote.

On his blog Skinner responded: “Franks says I’m not welcome at any of his personal or political events. Pretty strange statement since I have never even been closer to his home than the video tour his real estate agent posted when he was trying to sell his Bull Valley home to move to Marengo.”

Then in August 2017, Kirk Allen of the Edgar County Watchdogs (ECW) published a report on Illinois Leaks about a tip he received about a “special meeting” in McHenry County.

Allen covered the meeting and wrote that when Franks entered the room, “He immediately instructed the County Administrator to remove a citizen from what was previously press seating. Cal Skinner with McHenry County Blog was sitting there and Franks wanted him removed. He instructed staff to get security and have him removed. Never mind the fact there was no shortage of seats in the room. He simply did not want that person sitting there because they had eliminated seating for the Press.”

Allen went on to write that Franks had to retreat when Skinner held his ground.

And in a series of reports published last fall, ECW wrote that Franks had filed “false and incomplete SEI (Statements of Economic Interests) statements.”

“McHenry County Board Chairman Jack Franks is one who likes to send letters to people for intimidation, to include making false allegations of crimes committed with threats of prosecution,” one of the ECW reports said. “May we suggest putting a mirror in front of Jack Franks?

Franks did not respond to a request for comment on receiving the “Civility” award in light of his clashes with Skinner and ECW.