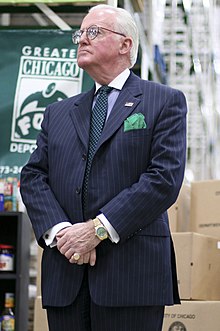 With Alderman Ed Burke under pressure to resign as Chairman of the Chicago City Council Finance Committee, the following comment by Alderman John Arena in The Daily Line might stir some thought on the McHenry County Board:

“The decision on who chairs the committees is made by the aldermen. It should be made by the aldermen, it shouldn’t be at the advice and consent of the mayor,” Arena said. “We are our own legislative body and we control our own destiny and we should represent ourselves in this.”

As explained in the article below (Comparing Chicago’s Weak Mayor Form of Government with McHenry County’s Weak Chairman System), both Chicago and McHenry County have elected at-large weak leader systems of government.

Both of the weak leaders have pretty much figured out how to install the committee chairmen of their choice.

I’m betting that committee chairmen in Chicago set their own agendas as well, something McHenry County Board Chairman Jack Franks did not allow committee chairman like Yvonne Barnes to do.