Michael Stanard, owner of advertising agency One Zero Charlie and  a candidate for the Woodstock City Council sent the following on Groundhog Day in Woodstock:

Every Day is Groundhog Day

Our studios are located in historic Woodstock, Illinois, the setting for the film
classic Groundhog Day.

Thousands of Woodstock residents and visitors turn out, in freezing temperatures, at 7:07 am every February 2nd morning anticipating the groundhog’s prognostication. Thankfully, this year the little critter did not see his shadow, which according to groundhog lore, predicts an early Spring. Whew!

This year, Stephen Tobolowsky, who played “Ned Ryerson” in the film, returned to Woodstock as the guest of honor for our weekend-long festivities.

Here is Stephen, posing in front of his likeness on the Woodstock Mural. 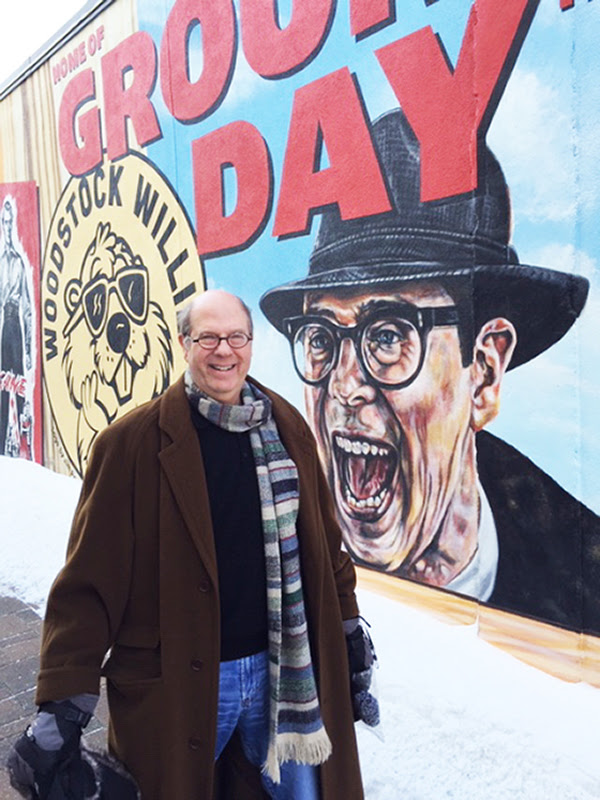 The Woodstock Mural, conceived, designed and produced by One Zero Charlie creative director Michael Stanard, also features the Stars of the Opera House, Woodstock luminaries Chester Gould, creator of world-famous detective Dick Tracy, and boy wonder Orson Welles who spent his childhood in Woodstock at the Todd School for Boys, before going to Hollywood and world-wide fame as the director of the film classic Citizen Kane, at age 23. 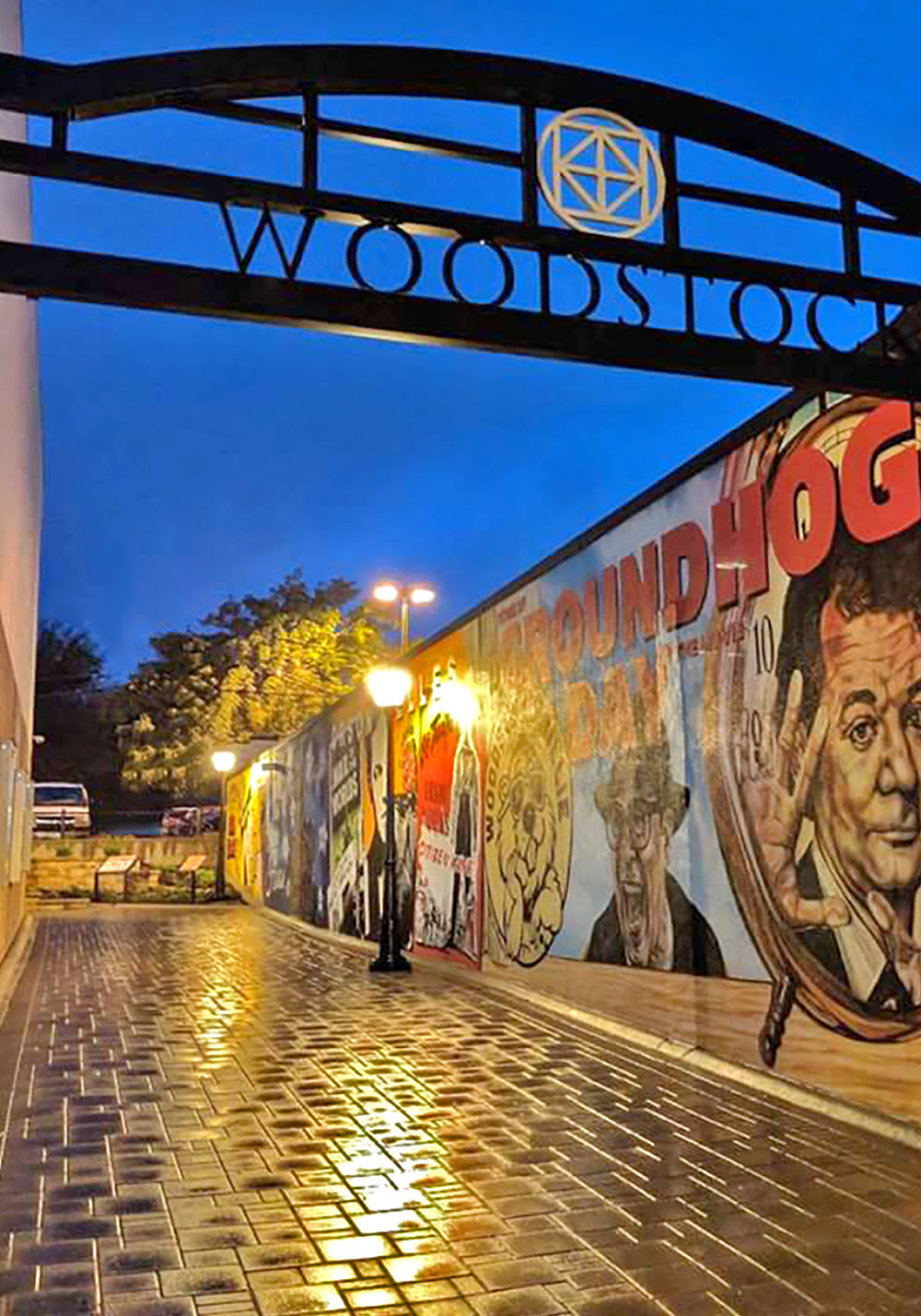 The staff of One Zero Charlie is pleased to call Woodstock home and strives to contribute to Woodstock’s rich cultural heritage.