17. Student flight. Illinois lost a net of 16,500 university students in 2014 alone, the second most in the country according to the New York Times and the Department of Education. In fact, between 2000 and 2014, over 150,000 net college students left Illinois to go to college. 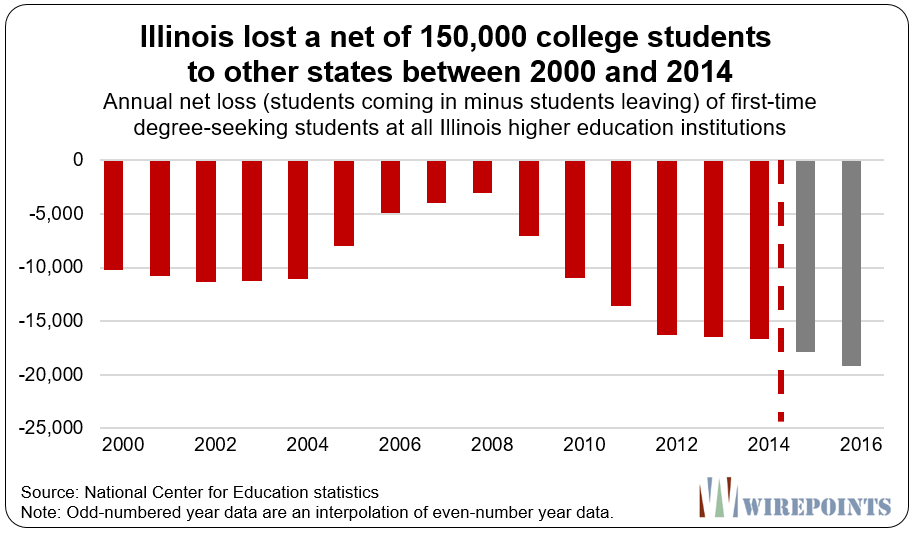