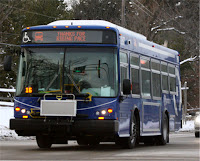 That’s how legislators representing McHenry County voted on the bill to increase the RTA sales tax from one-quarter of one percent to three-quarters of one percent.

Here’s my estimate of the annual cost.

And, of course, Governor Rod Blagojevich has announced his intention to break yet another campaign promise.