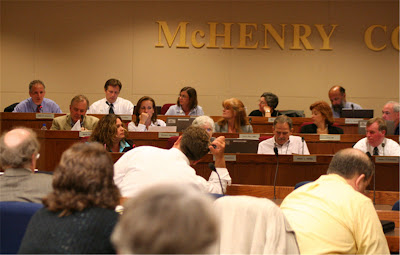 $9 million more a year for the County Board to spend.

Except on us taxpayers.

Absolutely no effort on the county board’s part.

Not even a county board vote.

The best kind of a tax hike.

One someone else takes the heat for.

No need to pass a sales tax increase as has been done twice in the Rockford area, once for a new jail and once for roads. 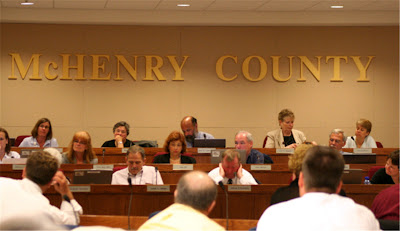 And, we have DuPage County Republicans to thank.

So, thanks, DuPage County Republicans.

Oh, they didn’t do it by themselves. 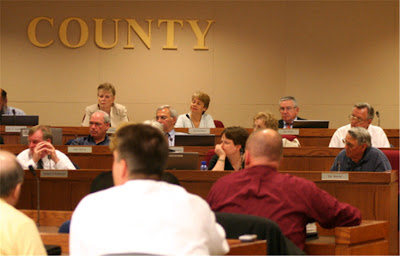 Chicago Democratic Party legislators did most of the heavy lifting.

That’s appropriate because Chicago’s CTA gets most of the money.

But, let’s remember what three DuPage County state senators–doing the dirty work of DuPage County Board Chairman Robert Schillerstrom–did to us.

Originally, the bribe for the McHenry County Board was to be $9 million earmarked for roads and public transportation. (Wasn’t that supposed to be RTA’s job?)

Proportionate amounts for all the collar counties.

But, for the most part, that was not sufficient enticement to merit a “Yes” vote on House Bill 656 from either collar county Republicans or Democrats. 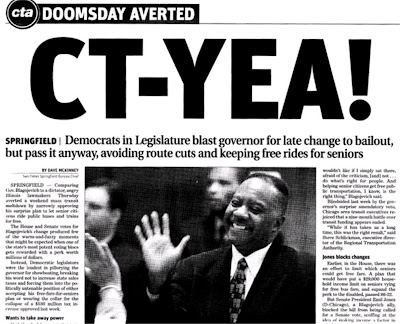 None of the legislators representing McHenry County were part of the cabal that forced this 7.7% sales tax hike down our throats.

They wanted to spend the money on “public safety,” not roads.

So, the current DuPage County Republican County Chairman, Dan Cronin, conspired with the immediate past GOP chairman, Kirk Dillard, and the two convinced a third, newly minted DuPage County state senator, John Miller, to vote for the CTA bailout bill with an amendment that would allow the road money to be spent on the sheriff’s department and other public safety desires.

They didn’t come up with this idea on their own.

Their DuPage County Board Chairman Schillerstrom convinced them.

Hey, better than sweating out whether the voters would approve a half-cent sales tax in February 5th’s primary election, right?

Why let the people decide when three state senators can do the job so much quicker?

So much less messy.

And, remember that name Schillerstrom.

He wants to run for statewide office.

So, now the McHenry County Board has almost twice the current state Motor Fuel Tax subsidy of $4.6 million to spend every year.

Now, the question is how to spend it.

The opposition coalition, by the way, was similar to 1974’s when the few Republicans who voted in favor of the Regional Transportation Authority’s creation, went down to defeat.