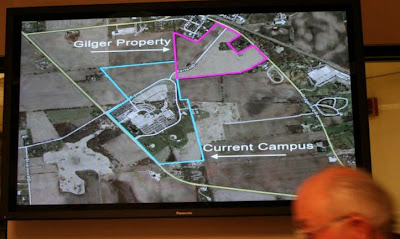 It looked as if the “do it our way or we’ll hit the highway” members of the McHenry County College Board were finally outnumbered in a meeting within a meeting Tuesday night at Crystal Lake City Hall.

Councilman Dave Goss came up with language that would specify the maximum impervious coverage would be 50%. 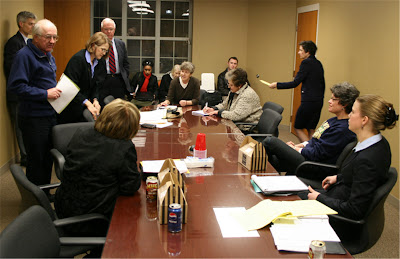 That set off MCC Board President George Lowe and Trustee Barbara Walters when the group retired to a council chamber side room to discuss his proposal. 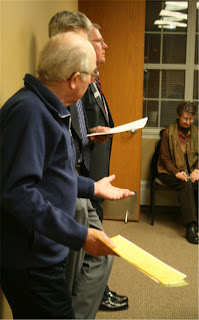 “That isn’t what we asked for. It still doesn’t guarantee we’ll get 50%,” attorney Sandy Kerrick observed, seeming to side with the two hardliners.

Kerrick later added something I found quite interesting and perhaps indicative of a hidden agenda:

“We’re no farther ahead than we were six months ago,” added Walter.

Carol Larson, usually an ally of Lowe and Walters, pointed out, “This doesn’t limit us…Everything we’ve done has been much less than that.” 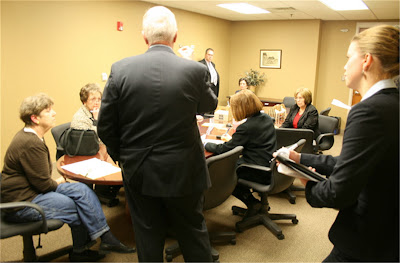 In other words, the college could not do better than buying and expanding on the Gilger property. 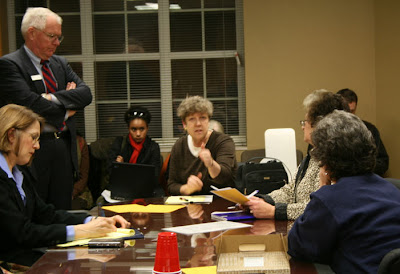 Carol Larson, who sides with Lowe and Walters on most matters, was willing to compromise and accept the Goss language, if that was necessary to gain zoning approval. 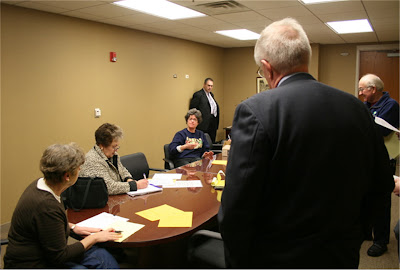 After an impassioned discussion in the back room, which was open to the public with reporters from four publications attending, Kurtz proposed a compromise motion which would have Packard tell the council they the board wanted the original planning and zoning language, with the unmentioned agreement to agree to the Goss fall back position, if that vote failed. 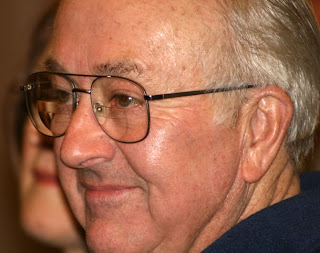 I missed some of the subsequent council discussion, but the original recommendation was approved 5-2.

How please was Lowe at getting his way?

Take a look at his smile.

The MCC Board then went back in the side room and voted unanimously( 5-0) to purchase the 57-acre Gilger property for $67,000 per acre or about $3.8 million.