The U.S. Attorney’s Office has presented this exhibit in the Tony Rezko trial Tuesday.

Below are the top fifteen: 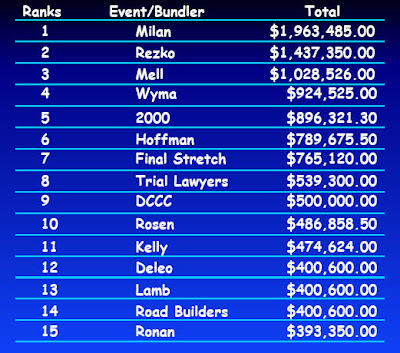 As an aside, I appear to be the only 2002 gubernatorial candidate whose finance guys are not under indictment (Rod Blagojevich’s Tony Rezko, Chris Kelly) or has already admitted guilt (Jim Ryan’s Stuart Levine).