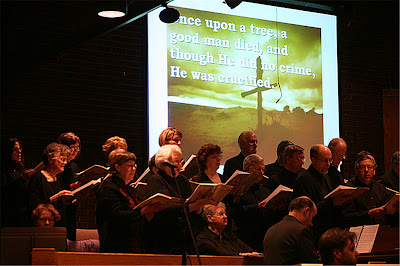 Good Friday is a holiday that popular society hasn’t hijacked yet.

“The greeting card companies don’t know what to do with it,” he said.

The choir and many instruments performed “Once Upon a Tree.”

It’s a quite moving rendition of what happened almost 2,000 years ago. 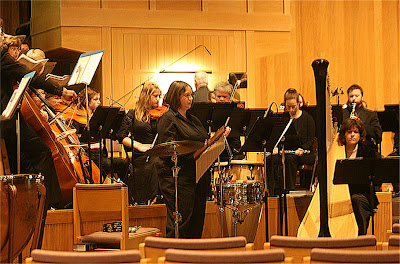 Katrina Jackson was the director of the cantata.

I took a photo of her, but, without a flash, her arms were moving much too fast to capture. 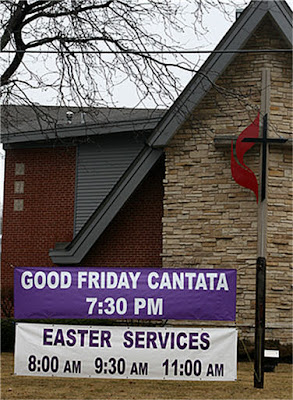 Tim Pontius played Jesus, a reprise of his role in last year’s Lenten series “Hannah” at the 11 o’clock service

Easter services at the church at the corner of West Crystal Lake and Dole Avenues are at 8, 9:30 and 11.

The 11 o’clock service, the one we attend, is the most contemporary.

The service usually held at 5 PM on Saturday will not be held this week.

Obviously the one of the sign in front of the church was taken before the snow covered our part of the world.