Warning: Parameter 2 to wp_hide_post_Public::query_posts_join() expected to be a reference, value given in /srv/users/serverpilot/apps/wordpress/public/wp-includes/class-wp-hook.php on line 292
 Political Booths at the Crystal Lake Expo - McHenry County Blog ↓
McHenry County Blog Home

My wife and son ventured into the Crystal Lake Expo at South High School Saturday.

I asked her if she would take pictures of the political and governmental booths.

She found three governmental booths and one political. 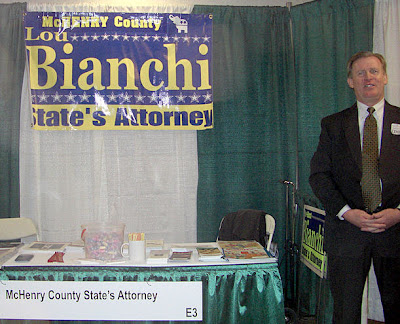 Right at the entrance McHenry County State’s Attorney Lou Bianchi had his booth. I don’t know most of the assistant state’s attorneys, but I assume the man in the picture is one. 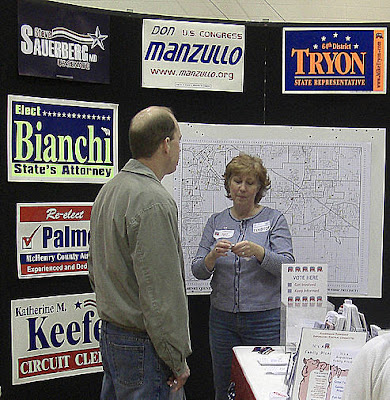 Next up was the Algonquin Township Republican Central Committee booth. That’s Karla Dobbeck, head of the township central committee talking to an Expo attendee. 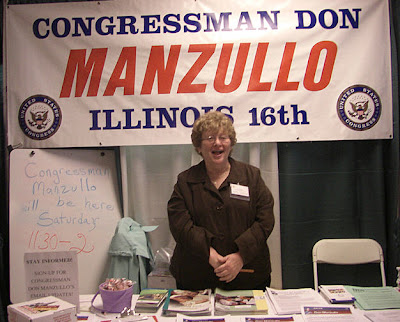 16th congressional district Congressman Don Manzullo’s table was next. The sign says he would be there from 1:30 to 2 on Saturday. It’s a long trip from his home south of Rockford to Crystal Lake. 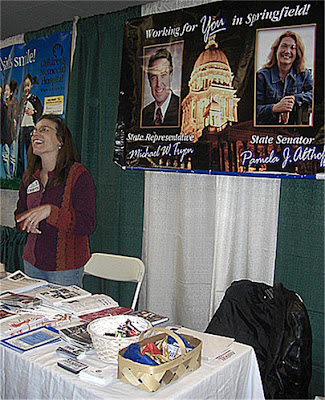 I asked my wife if she saw any Democratic Party booths. She said she didn’t.

The Expo will be open again Sunday from 11-3. It is sponsored by the Crystal Lake Chamber of Commerce.