Yesterday I reported on how District 158’s Teachers union wrote about the 7% pay raises they were requesting.

It was a public relations ruse, but included in their proposal with the hope that reporters would base stories upon it. 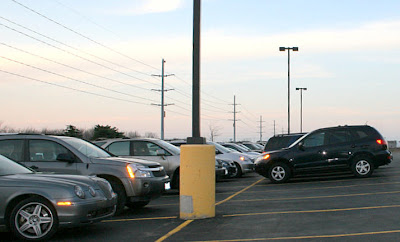 The figure had no basis in fact.

The Northwest Herald fell for the 7% raise public relations ploy:

”The Huntley Education Association proposed a two-year deal with 7 percent raises to base salaries for 2008-09 and 2009-10. Union representatives cited salaries and benefits for District 300 teachers at their first step level.“

It will be interesting to watch how—or if—the NW Herald backs out of this grossly understated first year salary hike request.

The real increase is 22% for the first year alone.

The Northwest Herald went on to pump up the union party line about making $10,000 more, 5 minutes away, as did a teacher commenting on my story yesterday.

So what are the facts? 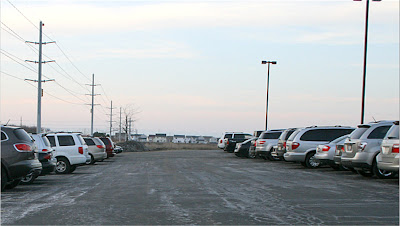 What about next year?

The District 300 teacher would be in step 10 and earning $44, 572, including a 5% Teachers Retirement System contribution by District 300.

The step 10 bachelors teacher in District 158, according to the school board’s proposal, would be at a salary of $47,619.

There is something obviously flawed in the union’s argument here.

But there is little reason for the union to really care about accuracy if it can get the dominant media in the Huntley-Lake in the Hills area, the Northwest Herald, to print its party line, whether or not it reflects the facts in its proposal.

Take 15 minutes to go online, look down the first column of District 300 salaries and compare the to the existing District 158 salaries.

Then flip the page online to next year’s salary schedule and do a comparison to the salary District 158 proposed for next year.

= = = = =
The pictures are of cars in the Huntley School District 158 administrative building parking lot. I counted 77. If one assumes there were 8, maybe 9 or 10, school board members and their support staff, then about 67 teachers showed up for the salary negotiation meeting at which the two sides’ proposals were exchanged.